The Kingdom of Jordan is still upset with Israel, after an Israeli embassy security guard, Ziv Moyal, killed a Jordanian terrorist who attacked him inside the Embassy residence on July 23, 2017.

The Jordanian owner of the property was accidentally killed in the crossfire, while trying to pull the armed terrorist off the Israeli guard.


The Jordanian government put the Israeli embassy under siege, eventually allowing everyone to leave. The Jordanians have not allowed the Israeli ambassador to return since then, nor has the embassy been reopened.

Earlier in the week, the Jordanians proposed that if Ambassador to Jordan Eynat Schlein was replaced with someone else, they would allow the Israeli embassy in Amman to reopen.

Today, the spokesperson for the kingdom once again reiterated that the ambassador won’t be allowed to return until the guard who killed their terrorist stands trial.

Jordan has yet to condemn the various terror attacks committed by their citizens against Israelis this past year. 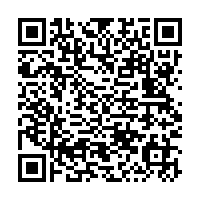