Who knew a devastating attack on a nuclear plant could have its slapstick moment? Behrouz Kamalvandi, the spokesman for the Atomic Energy Organization of Iran (AEOI), told reporters on Monday that the explosion in the Natanz plant created a big crater, so big that he had fallen into it and injured his head, back, leg, and arm.

And there was an unmistaken admiration on the part of some Iranians for the daring and execution of the attack. Like Fereydoun Abbasi, head of the Parliament’s energy committee, who told Iran’s state TV: “The enemy’s plot was very beautiful. I’m looking at it from a scientific point of view. They thought about this and used their experts and planned the explosion so both the central power and the emergency power cable would be damaged.” Abbasi noted that the power plant for Natanz was between 120 and 150 feet underground – hence the crater Kamalvandi fell into (which was only about 20 feet deep).

“In another sign that the attack may have caused significant structural damage, the spokesman for Iran’s Atomic Energy Organization, Behrouz Kamalvandi, fell down a hole more than 20 feet deep, cutting open his head and fracturing his ankle.” https://t.co/YwnVueLsV4

Intelligence sources in the US believe this was not a cyberattack that triggered a malfunction of the facility’s electric system. This was an explosive device that was smuggled into the Natanz plant and was later detonated remotely, taking out the primary and backup electrical systems. You don’t get these results with a computer-generated glitch.

Abbasi, who used to be the head of the AEOI, told state TV in the same interview that the explosion in the centrifuge making facility at Natanz back in July 2020 had been caused by a heavy, wooden desk packed with explosives that found its way into one of Iran’s most heavily guarded compounds.

As our headline suggests, this attack had “Don’t mess with Israel” written all over it – and the message was received. White House and State Department officials are not expecting the Iranians to return to the talks in Vienna that are scheduled to resume on Wednesday.

In Tehran, lawmakers asked Foreign Minister Mohammad Javad Zarif to suspend the talks, saying that Iran should not be engaged in negotiations when it is under attack. The NY Times on Tuesday quoted Abbas Moghtadaie, deputy chairman of Parliament’s national security and foreign policy committee, who told colleagues: “Talks under pressure have no meaning. This was a message we conveyed very clearly today.”

Saeed Khatibzadeh, the spokesperson for Iran’s Foreign Ministry, vowed on Monday that “Iran’s response will be taking revenge on the Zionist regime in due time and place.” He added: “What happened in Natanz was nuclear terrorism on the Islamic Republic of Iran’s soil. Iran reserves the right for response under Article 51 of the UN Charter.”

The Preamble to Article 51 of the UN Charter reads (in part):

We the peoples of the United Nations determined to save succeeding generations from the scourge of war [..] to reaffirm faith in fundamental human rights, in the dignity and worth of the human person, in the equal rights of men and women and of nations large and small, and to establish conditions under which justice and respect for the obligations arising from treaties and other sources of international law can be maintained, and to promote social progress and better standards of life in larger freedom, and for these ends to practice tolerance and live together in peace with one another as good neighbors, and to unite our strength to maintain international peace and security, and to ensure, by the acceptance of principles and the institution of methods, that armed force shall not be used, save in the common interest, and to employ international machinery for the promotion of the economic and social advancement of all peoples.

There’s probably nothing in the above statement that isn’t entirely contradicted and defied by the murderous Ayatollahs’ regime in Iran. The article itself details how UN members should resolve their disputes peacefully and rationally. And you thought the AEOI spokesman falling into a crater was funny.

Ali Akbar Salehi, head of the AEOI, told reporters on Monday that while media reports claim that the attack on Natanz had set back Iran’s nuclear activities by 9 months, “a significant part of what was damaged by the enemy’s acts of sabotage will be restored and Iran’s nuclear program will not come to a halt.”

“You’ll see within the next few days that a remarkable part of the acts of sabotage by the enemy will be repaired. A number of centrifuge machines went off-grid because of yesterday’s incident, and a number of others need to be re-examined. The ones that have been damaged will be replaced. Let me tell you that whatever has happened, the rectification has been several percent higher.”

He then promised that the repaired equipment in Natanz will outperform itself by 50 percent.

Just watch out for the crater.

Iran claimed earlier on Monday that the person who sabotaged the power supply at the facility had been identified. The report, which relies on intelligence sources, said Iran’s security forces were working to arrest the man.

The NY Times reported that the attack—which followed a year and a half of major explosions, fires, and other disasters across the Islamic Republic—has generated much finger-pointing in Tehran, including allegations of Zionist agents in high places in the country’s security apparatus – the Islamic Revolutionary Guards Corps. Some in parliament have called for an investigation of “very obvious security infiltrations.” Vice President Eshaq Jahangiri warned that the brazen attacks on its most valued facilities were causing “catastrophic consequences” for Iran’s reputation, economy, and security.

One Iranian Twitter user, Seyed Peyman Taheri, declared that “the Natanz incident is either treason with infiltration or without. The cracks of your incompetence are being filled. Fix the holes.”

And, of course, those craters.

I will follow this advice. It is only clear what happened to Behrouz Kamalvandi. pic.twitter.com/Snhh4px69l 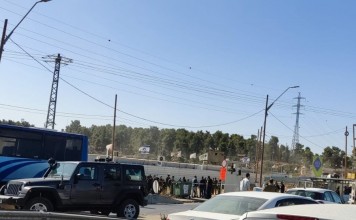 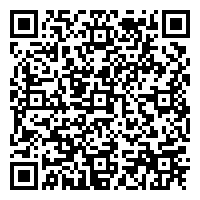