A study conducted by the Chotam organization shows that although the “knitted yarmulke” population in Israel has a relatively high fertility rate, its percentage in the population does not increase and remains stable, the reason being a high dropout rate.

National Religious Israelis have the highest birthrate in the country, higher in some instances than the Haredi and Arab populations. But the findings of the new survey, titled “Demography of Religiosity,” show secularization trends in the religious and traditional public. The survey was conducted by the Chotam organization, whose aim is to restore Judaism to the center of the public agenda.

The reason for the above demographic phenomenon is the fact that a large proportion of the “knitted” public choose to abandon their parents’ spiritual path when they reach adolescence.

The study is based on data from the Central Bureau of Statistics, comparing it to similar trends in the Haredi world.

Surveys conducted by the CBS between 2002 and 2012, examined by researcher Michael Zalba, reveal that although secular children give fewer births, emigrate from Israel more, and even become religiously observant, their proportion in the population remains stable at 43% – over a 20-year stretch.

Zlava relied on the CBS Social Survey, which divides the adult Jewish population into five categories: ultra-Orthodox, religious, traditional-religious, traditional, not so religious and secular. Of the 580,818 who grew up in a religious home, as adults, only 254,574, or 46%, remained religious. A small portion of them, 5.5%, became ultra-Orthodox, and the remainder dispersed among lower religious levels, with many moving toward being defined as “traditional not so religious.”

At the same time, the secular public is joined not only by the religious but also by the traditional. So that the proportion of secular Israelis in the population remained stable.

The Haredi public, meanwhile, has grown slowly and steadily. According to the study, from the 1990s to the present, the percentage of ultra-Orthodox adults tripled, both because of their birth rate and because of the movement of return to religion, and today stands at almost 10% of the population.

There are also those who are religiously observant who decide to embrace a “knitted” lifestyle, but their numbers don’t come near the ultra-Orthodox. For the sake of comparison, the percentage of students attending state religious schools has remained at 18.5% of all Jewish students since 1992, while the proportion of students attending ultra-Orthodox schools has increased by about 300% during the same period.

“It seems that the data that emerged in the study reflect an existing trend that requires a systemic approach to the national-religious public, not only in the education system of the state religious schools, but also in the social sphere, regarding the question of preserving and strengthening religious identity,” concludes the Chotam study.

The group also warns against legislative attempts to provide special support to religious Jews who are in the process of becoming secular. MK Mickey Levy (Yesh Atid) is currently advancing such a bill. 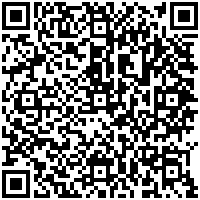