Hezbollah chief Hassan Nasrallah has an estimated private wealth of more than $250 million, according to a report in Welt this week. The founders the terror organization is said to have deposited more than $2 billion in hundreds of personal accounts around the world.

Recent scandals showed how they come to such sums, writes Welt, citing the case of Hezbollah administrator A-Din Abu Hamdan who has slipped thousands of dollars into his own pocket from a fund for families of the group’s fallen heroes; Muhammad Fadlallah, a Hezbollah accountant, who was imprisoned for months after falsifying the books to the tune of $2 million; Nasrallah’s son, Muhammad Ali, who uses Hezbollah money to operate his al-Kahawe café in Beirut.


“The group is financially as bad as it has not been for decades,” the Acting Secretary of the Treasury Adam Szubin (until Feb. 13, 2017) told Welt. Hezbollah is active on too many fronts, while its revenues have been shrinking because of American sanctions. It is safe to say that Hezbollah today is on the brink of bankruptcy.

Hezbollah’s main source of financial support besides Iran are Shi’ite businessmen in Lebanon. But nowadays they fear American punishment if they dare cooperate with the terror group. Last summer, shortly after the Obama Administration had announced new sanctions against supporters of Hesbollah, Riad Salameh, Chairman of the Central Bank of Lebanon, issued Order 137, which blocks the accounts of organizations and individuals associated with Hezbollah. The immediate result has been that the Shiites are no longer on hand with their donations.

When Muhammad Ashur, the Shiite owner of the Phenicia Bank, died last August, his family asked Hezbollah not to send a delegation to his funeral – it would have been bad for business, Welt reported.

Hezbollah is trying to intimidate “their” business community with threats, such as a bomb exploded last June next to Blom Bank in West Beirut. Wealthy Shiites received visits from Hezbollah fighters who “encourage” them to “sponsor” children of fallen comrades. In fact, the group’s websites these days are more engaged in fundraising than in spouting hate.

Hezbollah has been spending a fortune on the war in Syria, it fights alongside Iranian forces defending the Assad regime. Of the group’s estimated 20,000 fighters and as many reservists, as many as 8,000 are engaged in fighting in Syria, entitling them to hazard pay of as much as $1,200 a month. Then there are payments to the thousands of injured warriors, as well as to the survivors of the estimated 1,500 fighters killed in battle.

But wait, there’s more: Hezbollah maintains a standing force in southern Lebanon, watching over its arsenal of more than 100,000 rockets. Hezbollah also finances a global network of terrorist cells seeking out Israeli and Jewish targets. Meanwhile, Hezbollah warriors fight in Iraq and Yemen.

Largely cut off from domestic donors in Lebanon, Hezbollah relies mostly on Iran’s support these days, which explains why it has been spread out so thin – those are Tehran’s marching orders. “As long as Iran has money, Hezbollah will have money,” Nasrallah said last June, adding, “Our money reaches us on the same path as that Rockets with which we threaten Israel.” Western intelligence agencies estimate the Iranian support at $350 million annually, which, together with shipments of weapons and logistical services comes to more than $700 million.

However, according to Welt, while the war in Syria has grown more and more expensive, Iran’s support remains at about the same level – which by now covers less than 70% of Nasrallah’s budget.

This is some conundrum for Hezbollah’s chief, who cannot economize—too many widows and orphans, and he cannot downsize his multiple military engagements—it’s what he’s getting paid for by Iran. The only option remaining is to invest his own wealth to cover Hezbollah’s deficits. 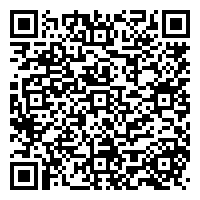