Prime Minister Benjamin Netanyahu on Wednesday revved up his pressure on the leaders of the Haredi parties to agree to approve the fines law, raising the fines paid by—most notably—educational institutions that remain open during the lockdown to NIS 10,000 ($3,060), Reshet Bet radio reported Thursday morning.

In a conversation with the heads of the Haredi Knesset factions, Netanyahu said that the Likud could be harmed in the coming election if the law is not approved. According to sources familiar with the details of that conversation, the prime minister was furious and part of the conversation turned into shouting.


Netanyahu is accusing Blue&White chairman Benny Gantz of campaigning strongly in favor of the fines law, obviously because it can create a rift between Likud and its loyal Haredi partners. According to a different source, Netanyahu believes Gantz is satisfied with the high morbidity of the pandemic because it harms the Likud’s chances in March.

If a compromise is reached around the fines law, the government is expected to convene Thursday to debate extending the lockdown. Gantz has already issued an ultimatum—one of so many—stating that the government will not convene unless there’s progress on the fines.

For the time being, United Torah Judaism has likely given in to Netanyahu’s demand, and the law could be approved on Thursday in the Knesset.

Reshet Bet reported that Chairman of the Knesset Constitution Committee MK Yaakov Asher (UTJ) will allow a Likud MK to chair the committee meeting that will approve the law. But Likud denied the report. Also: Housing Minister Yaakov Litzman has not yet given his consent to the approval of the law.

Among the compromises proposed by the Haredi factions: giving a 24 or 48 hour notice to the educational institution that violated the law before closing them down; or shutting down an institution only after it has received two fines and not one fine. The Haredim have the hardest time with this part of the law which they argue is disproportionate. They also argue that the state can’t empower any police officer or inspector who notices an institution which is in violation of the lockdown guidelines to simply order its immediate closure.

The Health Ministry intends to present at the cabinet meeting a proposal to extend the countrywide lockdown by a week. So far, the Knesset plenum on Wednesday approved extending the lockdown until next Sunday at midnight. The extension was approved with the support of 34 MKs from the coalition factions against 7 MKs from Blue&White and the Joint Arab List.

The latest update issued by the Health Ministry Thursday morning shows 7,668 new verified coronavirus patients, based on 85,827 test results obtained Wednesday. As of Thursday morning Israel has 1,132 Corona patients in severe condition, with 306 on respirators. To date, 4,609 have died since the outbreak of the pandemic. 2,849,353 have received the first dose of the vaccine, and 1,497,681 the second.

Senior Health Ministry officials claim that only towards the middle of next week will it be possible to know whether there has been a real trend of a decrease in the number of patients whose condition is serious, and if it is possible to start charting an outline for an exit from the lockdown.

Reshet Bet cited the same sources as saying that even with a decrease in morbidity over the weekend, it will still be necessary to wait, because the last two weeks have seen a three to four day drop in the number of critically ill patients, which was followed by a new rise. Therefore, a significant period of reduced numbers is needed before success can be declared.

For the time being, the Health Ministry is not dangling a magical number of critical patients below which the country can start emerging from the lockdown, but instead wants to see a direction of a significant decrease in morbidity over a significant time period.

At present, the models on which the Ministry of Health has been relying are not happening in reality. The Ministry relies on an average of the models produced by four groups of researchers, and according to those, the number of new critical patients was expected to come down to 100 around last Tuesday. In reality this figure is still hovering above 1,000.

Some of the deceased suffered from more than one preexisting condition. 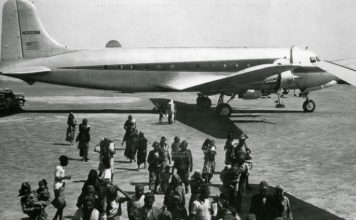 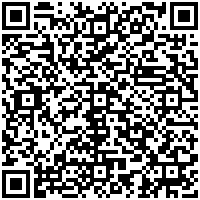