An Arab with Israeli citizenship allegedly turned against the state and now is the first Israeli Arab to be charged with joining Syrian jihadists and fight with the rebels, according to an indictment filed in an Israeli court Wednesday.

The case has been under wraps since his arrest last at Ben Gurion Airport after the citizen, 29-year-old Hikmat Massarwa, returned from Syria via Turkey.


His lawyer claimed that Massarwa had no intention of harming Israel and was in Syria for the innocent purpose of locating his brother, who left Israel for Syria several weeks ago and also is suspected of joining  Al Qaeda-affiliated groups.

The increasingly frequent phenomenon of Arabs helping enemy states is of great concern not only to intelligence officials but also to politicians.

Avigdor Lieberman, who heads the Israel Beitenu faction that has since joined the Likud party, has won broad support from nationalists and horrified center-left parties by pushing for a loyalty oath and insisting that Arabs have no less an obligation to the country to fulfill a term of national service.

Israeli Arabs have no less than former Knesset Member Azmi Bishara to look “up” to as a model for a fifth column.

He fled the country six years ago after being indicted for passing on intelligent information to Hizbullah during the Second Lebanon War, in which thousands of Israeli soldiers and civilians were killed or wounded in the 34-day war that devastated northern Israel, including Haifa.

The Israel Security Agency (Shin Bet) said that Massarwa, a resident of an Arab area called the “triangle” because of its three-sided area between Netanya and Tel Aviv and the western border of Samaria, is a foreign agent.

Massarwa’s lawyer argued that after his client entered Syria to look for his brother, he was forced “to be part of this population,” referring to Syrian rebels associated with jihadists.

“He did not join the rebels. He helped them build tents and so on, said the attorney, Helal Jabar. “It seems more than a few Israeli Arabs have done this.”

Security agents asserted that rebels in Syria asked Massarwa about information concerning IDF weapons and the nuclear reactor in Dimona and that he was asked to carry out a terrorist attack in Israel, a request he refused.

Arabs with Israeli  citizenship have plenty of encouragement to work against the state. Most Arab Knesset Members not only side with the Palestinian Authority but also often speak against Zionism and the existence of a Jewish state. MK Hanin Zoabi boarded the Mavi Mamara flotilla ship, manned by IHH terrorists, three years ago and has incited against the state.

She has called Israel “inherently racist,” rejects the idea of Israel as a Jewish country, and Zoabi has backed Iran’s efforts to acquire a nuclear weapon, apparently preferring to die in an Iranian nuclear attack if Israel would be destroyed at the same time.

Other magnets for Israeli Arabs to help destroy Israel include the Hamas regime in Gaza, which recruit Bedouin Negev, turning several Arab population centers, such as Tel Sheva next to Be’er Sheva, into Hamas strongholds that Israeli police are frightened to enter.

Another attraction for Israeli Arabs to become Israeli traitors is the Palestinian Authority, whose official maps define Arab Palestine’s borders as the Mediterranean Sea in the west, the Jordan River on the east, and the Lebanese and Egyptian borders on the north and south.

With the spillover of the Syrian war into Jordan and Lebanon, and occasional fire on the Israeli side of the Golan Heights, Massarwa may not be the last Israeli Arab citizen to be charged with helping the enemy.

With Hamas ruling over Gaza and recruiting Bedouin allies in the Negev and with Palestinian Authority Arabs increasingly frustrated with PA Chairman Mahmoud Abbas’ failure to improve their political and economic lives, the Syrian civil war is another inducement to work against Israel.

With the spillover of the Syrian war into Jordan and Lebanon, and occasional fire on the Israeli side of the Golan Heights, Massarwa may not be the last Israeli Arab citizen to be charged with helping the enemy. 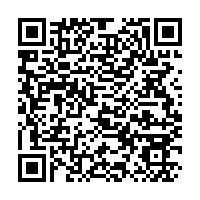