(JNS) A Jewish man from Ann Arbor, Mich., is hoping that the U.S. Supreme Court will consider whether anti-Jewish protesters outside a local synagogue on Shabbat morning violate his right to freely practice religion.

“I think Jews have to stand up for themselves against people who are obviously Jew-haters,” says Marvin Gerber. “People of Beth Israel have the right to be free from harassment.”


The case stems from weekly anti-Israel and anti-Jewish protests led by Henry Herskovitz in front of Beth Israel Congregation. Every Saturday morning for 18 years, the protesters have gathered outside the synagogue as congregants arrived for services carrying signs such as “Israel: No right to exist,” “Jewish power corrupts” and “Israel attacked America 9/11/2001.”

In April 2020, Gerber of Beth Israel and Miriam Brysk, a Holocaust survivor whose congregation meets in the annex attached to the synagogue, filed a lawsuit against the protesters and the city of Ann Arbor. In August of that year, U.S. District Court Judge Victoria Roberts dismissed their case, claiming Gerber and Brysk did not have standing. It then went to the U.S. Sixth Circuit Court of Appeals, which this past September overturned Roberts’ decision on standing, but dismissed the case by ruling that the protesters’ right to free speech overrode all other considerations.

According to one of Gerber’s attorney, Ziporah Reich with the Lawfare Project, “the lawsuit was in no way an attempt to shut down the protesters’ speech. The plaintiffs were well aware that the First Amendment protects all kinds of speech, including hate speech. However, as with all rights, freedom of speech is not absolute.

“In this case, the protesters were using their speech rights to infringe upon the congregants’ right to practice religion free from intimidation and harassment,” she said. “The congregants were simply asking the court to balance the conflicting rights by imposing reasonable time, place and manner restrictions on the protesters’ conduct.”

Last month, the Ann Arbor City Council unanimously passed a resolution condemning anti-Semitism and the anti-Israel demonstrations that have been taking place outside the synagogue.

‘The right of people to worship free of intimidation’

Longtime attorney Nathan Lewin, who has previously argued in front of the U.S. Supreme Court and who recently also began representing Gerber, agreed that the key constitutional issue arising from this dispute is about freedom of religion.

“The case concerns the constitutional right to practice one’s religion, which is the first right specified in the Bill of Rights; it comes even before the right of free speech. It is about the right of people of faith to worship free of intimidation and harassment. That is a bedrock principle upon which our country was founded. That is why pilgrims came to America—to exercise their religion freely and safely.”

Lewin joined the case after the Sixth Court of Appeals made its ruling in September because, as he noted in an opinion piece for JNS at the time, the decision by that court “should send shivers down the collective spines of the American Jewish community.”

Speaking with JNS recently, Lewin explained, “In Ann Arbor, Jewish American citizens gathering to pray at a synagogue have confronted intimidation and harassment every Saturday morning as they arrive for worship since 2003. Their tormentors have timed their arrival to be at the synagogue just as the Jews arrive and depart from prayer. … Synagogue members have avoided attending services rather than be subjected to this harassment and intimidation.”

Lewin has already reached out to the U.S. Supreme Court with regard to this case and been given an extension to file a petition. Those papers are due on April 1. If the court agrees to hear the case, it will be argued in late fall with a decision due in spring 2023.

“It is unfortunate that the case has been described and decided as a freedom of speech case,” he says. “It is a freedom of religion case that will determine the rights of worshippers at synagogues, churches and mosques.”

The question of freedom of religion is not the only issue at play, as Roberts ruled in late January that Brysk and Gerber, and Brysk’s attorney Marc Susselman, needed to pay the opposition’s legal fees a total of $159,000. It is a ruling that they will be appealing.

“Civil-rights statutes have fee-shifting provisions to encourage plaintiffs to seek enforcement of their constitutional rights in court. Only in rare instances, when a case is found to be frivolous, will a judge direct plaintiffs to pay defense fees in a civil rights case,” explained Reich. “It is mind-boggling that Judge Roberts would order the congregants to pay legal fees when the Sixth Circuit Court of Appeals specifically stated in their opinion that the claims were not frivolous.

“By ordering the plaintiffs to pay for the protestors’ legal fees, Judge Roberts is penalizing the good-faith efforts of the congregants to seek redress for a violation of their civil rights,” she continued. “This is not only a gross miscarriage of justice for the plaintiffs, but it will undoubtedly have a ‘chilling’ effect on future civil-rights litigants.” 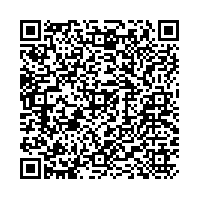