A revolutionary ruling written on Thursday by retiring Supreme Court Justice Salim Joubran, a Christian Arab, confirms many of the fundamental assumptions of the Regulation Act the Knesset had passed this year and which is being reviewed by the High Court, following a leftwing petition, Makor Rishon reported. As things stand today, the Thursday ruling bolsters the legal positions of the settlement enterprise.

The Regulation Act compels Arab owners of land where Israeli settlements have existed for several years (with several conditions) to accept market value plus 25% for their land, or comparable state-owned land elsewhere.


Justice Joubran ruled that it is permitted to use private Arab lands to the betterment of local Jewish resident, and that in itself such use does not defy International Law – because the settlers are also part of the civilian population.

The ruling, on a petition by the Yesh Din NGO against the state’s use of lands adjacent to the now demolished Amona settlement, sets several fundamental principles, the first of which is that the state has the right to use Arab absentee landlords’ private land across the green light, via a legal process known as “partnership dismantling,” used when two individuals have been forced into a partnership neither of them desires and wish to part ways. The magistrate court may approve such a split with both partners’ approval.

Joubran accepted the settlers’ position that the civil administration is empowered to take up such partnership dismantling, especially since it is identical to Jordanian law. Also, according to Joubran, since the Arab land owners stand to gain considerably from the deal, there is no need for them to approve of the futuer use of their land.

Joubran rejected the Yesh Din claim as if the Hague convention prohibits the confiscation of privately owned land in an occupied territory, and argued that Hague does not refer to cases where confiscation is temporary and the absentee landlords receive full market value.

As it happens, the crux of Attorney General Avichai Mandelblit’s objection to the government’s Regulation Act is based on the same item in the Hague convention, which Joubran now ruled inconsequential in cases of temporary confiscation with full payment.

Indeed, Justice Joubran ruled that the Jewish settlers in the “occupied territories” are also a “protected civilian population,” for whose welfare the occupying army must care.

The Justice then went on to determine that even though the Amona settlement was inherently illegal, once the civilians had been living there, the army was obligated to apply humanitarian principles in treating them, including providing them with alternative housing nearby, where they can preserve their community and their connection to their homes, to guarantee their public life.”

Justice Joubran in the end sided with Yesh Din in forbidding the handing over of nearby lands to the Amona population, but only because of procedural problems due to bureaucratic ineptness on the part of the state. But, at the same time, the Justice supported the settlers’ fundamental right to such lands in other cases, very much in keeping with the spirit of the Regulation Act. 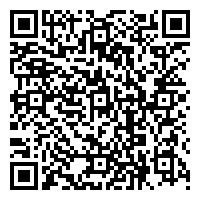