Lebanese Prime Minister Saad Hariri on Saturday appeared on Al-Arabiya news network from Saudi Arabia to announce his resignation from government, vowing that “Iran’s hands in the region will be cut off,” Naharnet and AFP reported. “Wherever Iran is present it plants discord and destruction attested to by its interference in the Arab countries,” Hariri said.

Hariri, 47, is a Sunni Muslim, and as such the enemy of the Shiite Iranian regime and its satellite terror organization Hezbollah. His father, Rafik Hariri, Lebanon’s Prime Minister from 1992 to 1998 and again from 2000 until his resignation in 2004, was assassinated in 2005—most likely by Hezbollah, after accusing Iran and Hezbollah of plotting to take over the Middle East. Saad Hariri also held the PM’s office for two terms, from 2009 to 2011, and from December 2016 until today.

Reading his speech from behind a desk on Saturday, Hariri added that “Iran is driven by deep hatred for the Arab nation. Unfortunately, it has found some of our sons who are putting their hands in its and trying to seize Lebanon from its Arab surroundings.”

The now fugitive PM was naturally referring to Hezbollah, which, he said, in recent years “has used the power of its weapons to impose a fait accompli,” he said. “I would like to tell Iran and its followers that they have lost and their hands in the region will be cut off. I promised you that I will seek to unite the Lebanese, end the political division and establish the principle of self dissociation.”

Referring to Iran’s “grip” on Lebanon, as well as threats on his life, Hariri said: “There is a state of frustration, fragmentation and divisions. We are witnessing a climate similar to the atmosphere that was felt before the assassination of Prime Minister Rafik Hariri.” He then reported, pointblank, “I felt what was being covertly plotted to target my life.”

“I announce my resignation from the post of prime minister with my certainty that the will of the Lebanese is stronger and their will be able to overcome the tutelage from inside and outside,” Hariri said.

Iran’s Foreign Ministry has issued a statement on Saturday, suggesting Hariri’s decision is part of a plot to cause a new wave of tension in Lebanon and the region at large. The statement dismissed al-Hariri’s anti-Iran statements as “unfounded and baseless,” saying his claims are in line with those “regularly uttered by Zionists, Saudis and the US.”

In response to this news, Prime Minister Benjamin Netanyahu made the following remarks: 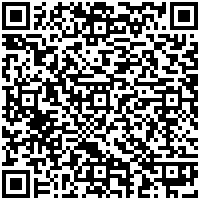