Israeli divers are going to search the Danube in Hungary’s capital Budapest to recover the remains of Jews who were murdered there during the Holocaust.

“On the banks of the Danube River in Budapest, not far from the Hungarian Parliament building, sit sixty pairs of old-fashioned shoes, the type people wore in the 1940s,” the Yad Vashem website describes. “There are women’s shoes, there are men’s shoes and there are children’s shoes. They sit at the edge of the water, scattered and abandoned, as though their owners had just stepped out of them and left them there.”


The Yad Vashem account explains: “During that autumn and winter, after the Germans had toppled the government of Miklos Horthy bringing Ferenc Szálasi and his fascist, violently anti-Semitic Arrow Cross Party to power, the Arrow Cross introduced a reign of terror in Budapest.

“The Arrow Cross militiamen ran amok in the streets of Budapest, beating, plundering, and killing Jews publicly. Thousands of Jews were murdered all over the city. Shooting the Jews into the Danube was convenient because the river carried the bodies away.

“Often, the Arrow Cross murderers would force their terrified Jewish victims to remove their shoes before shooting them into the Danube. Shoes, after all, were a valuable commodity during World War II. The killers could use them, or trade them on the black market.

“This, then, is the historical reality behind the monument. Sometimes, though, the victims’ shoes were so worn-out and useless, that the militiamen killed the Jews with their shoes still on. And sometimes, the Arrow Cross pulled the shoestrings out of children’s shoes, and used them to tie the helpless Jewish victims’ hands together before they were shot. Sometimes they used rope instead.

“The killers faced their victims without mercy; the victims faced the killers without blindfolds. In some cases the Arrow Cross men tied together the hands of two or three Jews – adults or children. Then they would shoot only one of the people who were tied together.

“When they did their work properly and positioned their victims at the edge of the water, all three would fall into the Danube, the dead body pulling the still-living victims with it. All the bodies, tied together by shoelaces or rope or fate, would either sink or float away down the river.

“If the militiamen noticed that Jews were still alive, they used them for target practice. However, most of the Jews – especially the children – died immediately because the water was freezing cold.

ZAKA, an Israeli victim identification, extraction and rescue group, will begin the search this week, with divers using a sonar device that can reach a depth of 500 ft and scan within 400 ft. to detect and identify objects.

Interior Minister Aryeh Deri (Shas) reached an agreement regarding the plan in Budapest with Hungarian Interior Minister Sandor Pinter. Deri said the remains would be sent to Israel for burial.

Update: No remains were found in this search. 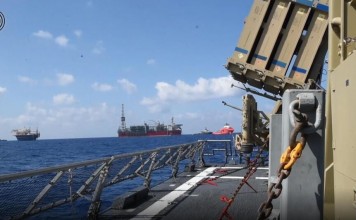 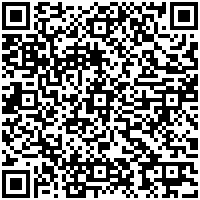