Józef Walaszczyk, a Polish leatherworker and businessman who was described as the “Polish Schindler,” and declared Righteous Among the Nations by Yad Vashem in 2002 for sheltering Jews during the Holocaust, died on Monday, according to the Polish Institute of National Remembrance.

In 1940 or the spring of 1941, Walaszczyk fell in love with Irena Front, who did not tell him she was Jewish. He found out after the Gestapo stormed their Warsaw hotel room, and Walaszczyk helped his fried hide behind a wardrobe and pretended to have stomach pain in the bathroom outside the room. The Germans left after the hotel owner told them Walaszczyk was one of his best clients.


Walaszczyk then moved Front to his apartment flat on Krucza Street, and they got married in a sham ceremony so she could be officially listed as non-Jewish. But despite their efforts, Front was arrested in late October 1941, together with 20 other Jews. Walaszczyk, who was away on business, rushed back to Warsaw where a policeman working for the Polish resistance told him the Germans would trade Front and the other 20 detainees for a bar of gold weighing one kilogram. There was a deadline: he had to deliver the gold in five hours.

Walaszczyk first tried to bargain for his friend’s life alone but the Germans insisted it was all 21 Jews or nothing. He managed to collect the ransom (about $60,000 in today’s value) and the Jews were released. The Germans reassured him that the released Jews would not be harassed again, but Walaszczyk did not trust them. The next day, he sold his apartment on Krucza Street and bought a different one on Emilii Plater Street, where he and Front hosted two other Jews, her friends Hanka Staszewska and Helena Torbeczko. Walaszczyk supported them.

Walaszczyk also cooperated with the Polish resistance movement in helping his Jewish friends inside the Warsaw Ghetto, bringing them food, medicines, and documents. He bribed a tram driver to slow down when passing the ghetto so he could jump off safely. During one of his visits, in 1943, Walaszczyk contracted typhus and spent a few weeks recovering in the apartment on Emilii Plater Street.

After the outbreak of the Warsaw uprising in 1944, Walaszczyk arranged for Front, Staszewska, and Torbeczko to escape from the besieged city to a Red Cross camp, and from there to Rylsk. But when the Red Army was approaching the city, Walaszczyk decided to leave, to avoid being arrested by the Soviets. In January 1945, he and Front returned to Warsaw where they stayed until the end of the war.

Walaszczyk married a non-Jewish Polish woman in 1950, and they had a son. He later divorced her and in 1970, married another non-Jewish woman, and they, too, had a son together.

In 2002, on Front’s recommendation, Walaszczyk was honored by Yad Vashem with the title of Righteous Among the Nations. 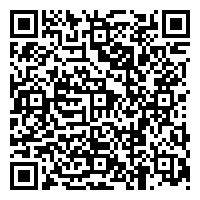