The Ostoja Restaurant and Hotel, established in 2006 in the town of Bobowa in southern Poland relies for most of its business on catering special events, in addition to its hotel and dining hall.

“We are a family company. I run it with my mother, Jadwiga,” owner Marcin Szczepanek told Fakt.pl on Saturday (Żydowski przepis uratował restaurację w trakcie pandemii). “For 2020, we had a calendar of events full to the brim. Unfortunately, we managed to carry out only 30% of the planned events. We were able to work relatively freely only in July through September,” because of the Corona pandemic.


“The company’s turnover decreased by 90% during the pandemic period,” he said. “We received some aid from the state … but it was a drop in the bucket. Currently, the only thing we can do is to serve food-to-go. Even our hotel is practically out of commission.”

Enter the Jewish kreplach. As Marcin Szczepanek recounted, those dumplings were first served at catered parties he organized, as well as in the restaurant. And then his former guests suggested that the kreplach should also be packaged sold in shops.

The pandemic accelerated his decision. Ostoja started production, and their dumplings appeared in local shops in Bobowa, in Stróży (outside Wrocław), until, over time, shoppers could get them in many more markets. Currently, they can be purchased mainly in delicatessens near Kraków and Tarnów.

“From the start, we focused on original recipes from Nowy Sącz and local suppliers – we buy flour from a mill in Rzepiennik Strzyżewski, plums from the vicinity of Łącko, and cheese from a dairy in Nowy Sącz,” Szczepanek explained.

Now, when Szczepanek reassures his shoppers that he’s using “original recipes from Nowy Sącz,” he means they’re Jewish recipes. The Jewish community of Nowy Sącz numbered about 25,000 before World War II or about a third of the town’s population. It’s estimated that 90% of them perished after the German invasion of 1939.

The Nowy Sącz Ghetto, with about 20,000 Jewish residents, was established by the German authorities near the town’s historic castle. Its inhabitants were deported in cattle cars to the Belzec extermination camp over three days in August 1942, where they were murdered. Across the river, in the local Jewish Cemetery, as many as 500 Poles were executed for sheltering Jews. Several Poles were deported to concentration camps for the same crime.

“Before the war, Jews constituted a significant part of the population of Bobowa,” Szczepanek explained. “That is why we prepared dumplings based on a traditional Jewish recipe. They have an original, triangular shape and the beef contained in the stuffing balances the metallic taste of the liver. For sweetness, cranberry and baked apple with cinnamon are added to the stuffing, which were very popular meat additives among Eastern European Jews.”

“The sale of frozen dumplings made it possible not only to endure a hard time but also to keep all our employees working,” said Marcin’s mother, Jadwiga Szczepanek. “We are extremely happy about this. Most of them have been working with us for years, so the prospect of closing the business and parting with them would be unbearable for us.”

So glad to be of help… 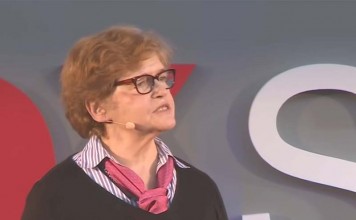 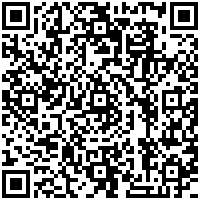