Karys Rhea, a writer and researcher living in Brooklyn, reported on Sunday about a new group calling itself the Jewish Leadership Project, which aims to challenge the responses of the “failing Jewish leadership” in the US to threats to the community.

Presenting herself as the granddaughter of Jewish Holocaust survivors, and an unapologetic Zionist, Karys Rhea is “proud to be part of the launch of The Jewish Leadership Project, the first Jewish organization in America that is mobilizing to challenge our failing Jewish establishment.”

The new group was founded by veteran Jewish activists, Dr. Charles Jacobs and Avi Goldwasser, and wants to “create substantive change in Jewish community policies in order to effectively counter the threats we face.”

“Make Aliyah!” I hear every fiber in my body yelling out, but, obviously, they’ve heard it before from the likes of me. And they’re not new to this rodeo. According to Wiki, Charles Jacobs is a pro-Israel and human rights activist with a long history of working for pro-Israel lobbying groups. In 1988, he co-founded Boston’s branch of CAMERA; in 2002, he founded The David Project – an American pro-Israel campus group; and he is the president of Americans for Peace and Tolerance (APT), a Boston-based non-profit that combats Islamist antisemitism.

Wiki says APT has also been described as an Islamophobic hate group. I, for one, believe the entire non-Muslim world, give or take a few, is Islamophobic, especially those of us still praying our Mohammad cartoons won’t pop up online someday.

Avi Goldwasser is the co-founder of Americans for Peace and Tolerance and The David Project. He is the executive producer of several documentaries including “Hate Spaces,” “The J Street Challenge,” and “The Forgotten Refugees.”

Karys Rhea explains: “The Jewish community is under siege. We are being shot and held hostage in our own houses of worship, assaulted on city streets, pushed out of social justice spaces, and defamed in the media, in the halls of Congress, and on college campuses. Proportional to our population, we are the victims of more hate crimes than any other group in America – twice as likely to be targeted as are Black Americans or Muslims, and 50% more likely than someone targeted for sexual orientation or gender identity. There are armed guards outside of our schools and synagogues, as our institutions gradually approach the security levels required in Jewish venues throughout Europe.”

She concludes: “All of this is happening on the watch of legacy organizations like the ADL and Jewish Federations – institutions created to prevent this exact catastrophe.”

I checked out the membership page of JLP and discovered a long list of dyed-in-the-wool pro-Israel activists, who, like Jacobs and Goldwasser, are connected to one another through past and present endeavors such as CAMERA, ZOA, and the Jewish National Fund. Most of them have post-graduate degrees, and they share a common perception of American Jewry being dragged, first slowly but as time goes by, faster and faster into something resembling Europe in the early 1930s, where in many European cities, a Jew could not walk safely in the street.

“This is not the country we grew up in,” decries their website. “The Jewish community is under siege. Most mainstream Jewish leaders cannot break out of their failed ideological strait jackets and explore new thinking. Join us as we challenge the establishment Jewish leaders and the donors who have supported and enabled them but failed to hold them accountable.”

I read these absolutely realistic assessments of the state of Jewish life in the US, and cannot help myself: I’m simply stunned by the realization that these astute individuals still believe they can fix it. If only fresh blood were injected into those aging Jewish institutions, if only more Jews paid attention to the emanating dark waves of antisemitism on campus, in the streets, and now even in the country’s democratic sanctuary, Congress.

Alas, everyone in Germany was well aware of the emanating danger, the newspapers were rife with news of beatings of and discrimination against Jewish citizens, but it wasn’t until Kristallnacht that the Jews of Germany finally caught on that if they stay, most of them won’t come out alive.

And so, I shudder as I find myself anticipating the US version of Kristallnacht, that watershed event that would send our Jewish brothers and sister into the panic that’s required to save themselves.

Until then, I, like you, will be watching as these intelligent, experienced, learned Jews do their best to fix things. I wish them much success and declare in advance that, should the need arise, my family can host two Jewish refugee families from America, until they get settled in their new homeland. 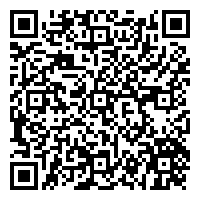