Martin Indyk, another failed American messiah for the Palestinian Authority, and none other than hawkish Foreign Minister Avigdor Lieberman unwittingly were on the same soapbox Saturday to bash Jewish Home Minister Naftali Bennett for bashing U.S. Secretary of State John Kerry’s incredible comments linking ISIS recruitment with the failure of the “peace process.”

Lieberman’s criticism of Bennett clearly reflects the dependence of the Netanyahu administration on the United States to cast a veto against any vote in the United Nations Security Council in favor of admitting the Palestinian Authority as a full member in the General Assembly.

For the record, Kerry’s spokeswoman Marie Harf claimed that Kerry never made such a suggestion although her convoluted explanation essentially said the same thing in other terms.

But Bennett stole the limelight with his remarks Friday that were very undiplomatic and politically incorrect, if not correct from the standpoint of truth, that Kerry was “encouraging global terror.

“It turns out that even when a British Muslim decapitates a British Christian, there will always be someone to blame the Jew,” Bennett said. “There is no justifying terror, only fighting it. To say that the Israeli-Palestinian conflict is strengthening the Islamic State is encouraging global terror.”

Kerry stated at a reception for Muslims Wednesday, as reported here, “As I went around and met with people in the course of our discussions … there wasn’t a leader I met with in the region who didn’t raise with me spontaneously the need to try to get peace between Israel and the Palestinians, because it was a cause of recruitment and of street anger and agitation that they felt – and I see a lot of heads nodding – they had to respond to.

“And people need to understand the connection of that… It has something to do with humiliation and denial and absence of dignity.”

We will leave it to the reader to figure out how Harf could claim that there was no linkage.

Israel’s Communications Minister Gilad Erdan was just as caustic as Bennett and said, “Kerry is breaking records for a lack of understanding of what is going on in our region.”

Indyk, who has joined a long list of American “experts” at the State Dept’s ever-expanding foreign policy graveyard, tweeted, “There they go again: Israeli rightist ministers attack Kerry for wanting Israeli-Palestinian peace to help fight IS.”

He supposedly was defending Kerry but his tweet actually spelled out in capital letters that the cause and effect is obvious: Israeli-Palestinian peace will help the United States fight the Islamic State.

Lieberman’s defense of Kerry was not so idiotic.

The foreign minister, who is on top of the list of those panning Kerry’s Peace Talks Follies, can fairly be presumed to have applauded in his heart every word Bennett and Erdan said, but his position as foreign minister took precedence. He clearly is worried about the reaction from Washington, which already has been reeled by several remarks this year by Israeli officials that Kerry is “messianic” and doesn’t have a clue about the Middle East.

That is absolutely untrue. Kerry knows the Middle East is located somewhere between the Atlantic Ocean and the China. He also knows that the King David Hotel is located in Jerusalem, the part that is not “occupied.”

“Let’s state some facts,” Lieberman said. “When our ammunition supplies ran out during Operation Protective Edge, it was the United States that sent us more. It was the Americans who gave us money which enabled us to develop Iron Dome. It was the US who voted with us in the UN Human Rights Council. The United States is the only country that saves us a good deal of grief in the Security Council with its veto.” 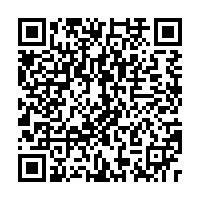