Hundreds of residents from south Tel Aviv and their supporters streamed Saturday night to demonstrate in front of the home of Supreme Court President Justice Miriam Naor.

The protesters were expressing their anger about the Court’s ruling last week on the status of infiltrators, yelling “Boys and girls in the neighborhood just want to live,” and “The Knesset makes laws, Miriam Naor throws them out,” and “The people demand an Israeli High Court.”

Shefi Paz, one of the leaders of the Struggle for the Southern Tel Aviv Residents, said that the struggle of the residents of the neighborhoods will continue until the desired change: “The evening marked ten years of preference for the rights of the infiltrator over the rights of the resident. Until the High Court of Justice understands that the people are the sovereign and the people want deportation. ”

Dozens of Im Tirtzu activists were also present, calling on the Court to change what it said was its police of discrimination against residents of southern Tel Aviv.

Matan Peleg, chairman of the Im Tirzu movement, said: “It cannot be that the Supreme Court justices will continue their policy of discriminating against the residents of southern Tel Aviv and consider their opinions as fallen leaves.

“It’s amazing to see how the rights organizations are concerned only with the side that endangers Israel, the infiltrators, without caring a one little bit about the status of the residents of Israel,” Peleg said.

The Supreme Court handed down a decision on Monday that rejected the Knesset’s “infiltrator law,” declaring that holding infiltrators in prison facilities in southern Israel up to a year is illegal.

The court ordered the state to close the Holot center within 90 days, but did reinstate an earlier illegal migrant law that allowed infiltrators to be held for up to 60 days.

The court took the middle road in its decision, rejecting an appeal on behalf of residents of Tel Aviv, an area where many migrants have settled, and where the crime rate has risen accordingly. Veteran residents have protested, speaking out about the dangers they face, and saying if the migrants had moved to the wealthier northern section of the city, legal decisions might have been different.

Public Security Minister Gideon Sa’ar contended in an interview with Israel’s Channel 2 that the Court decision was wrong, saying that Israelis also have rights. “The state cannot accept a situation where it has no tools to deal with illegal infiltrators,” he said. 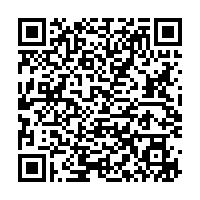