Police Commissioner Yohanan Danino has decided to suspend from office the Jerusalem District Major General Nisso Shacham until further notice, due to an ongoing investigation against him and another senior officer in the district for sexual assault, harassment and misconduct. Internal Security Minister Yitzhak Aharonovitch has been briefed on the case.

Now to the poetic justice business: Nisso Shacham has become the face of the Gush Katif evacuation with this highly watched video, shot by Channel 10 photographer Yisrael Rosner, in which he is depicted giving instructions to his men using the most vile and violent language (don’t watch in a room with Hebrew speaking children).

Shacham is seen telling his troops: “No problem whatsoever – batons, lower body if necessary. – OK,” and a line we can’t quote here in which he says he isn’t some lady of the night and then adds a sordid description which included himself and a proverbial mother of the demonstrators.

The ranking officer’s vulgar language and obvious violent attitude towards the “Haredim” as he refers to the settlers (“I’m an expert on Haredim,” he tells his men in the video), peppered with gutter sexual imageries, brought before the Israeli public an image of Israel’s police force as they all had known from personal encounters – and remains to this day an extreme symbol of the way the establishment felt at the time about the vermin-like settlers that stood in its way.

The storm that erupted following the broadcast on Channel 10 (the most hated news channel by government of all stripes) forced the police brass’ hand.

On July 24, Police Chief Moshe Karadi suspended Shacham for his behavior, removing him from the senior role he had been assigned in uprooting and transferring some 8,500 Jews from their homes in Gush Katif, Gaza strip.

Then NRP MK Shaul Yahalom slammed what he termed an inadequate punishment. “The police chief’s decision sends a message of forgiveness in the face of violence, which is contradictory to democracy and the law,” he said. “The fact that Shacham was not kicked out of the police proves the police disregard the standards of democracy and maintaining the rule of law in Israel.”

Even Oslo architect, former Meretz Chairman MK Yossi Beilin was offended by the video, calling it a “serious error.”

“Sacham’s place is not in the police. The things he said have no explanation and should not be forgiven,” Beilin said.

It turns out both men, on the right and on the left, were absolutely correct.

Exactly seven years later to day (it works if you allow for two leap years), foul mouthed Jerusalem police chief Nisso Shacham was given a forced vacation again. He will be replaced by Inspector Manny Yitzhaki, who only eight days ago received an appointment as head of Lahav 433, a new Israeli crime-fighting unit with an FBI-like status regarding local police operations.

Another Jerusalem senior police officer was suspended, Brigadier General Nissim Edery, commander of the Zion police station. There is a gag order on both suspensions. Rumors suggest Shacham and his buddy concealed evidence about an ongoing investigation.

One thing is certain, if finally given the boot, the Memoir by disgraced policeman Nisso Shacham will be a local hit. 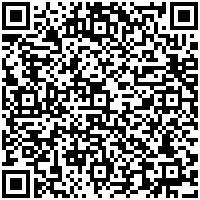