The man responsible for producing the poison gas that last week killed approximately 1,000 Syrians, including children, bears a description of a monster from the Nazi regime, whose officers, and a large part of the population, considered themselves to be superior by virtue of their love of fine culture and refined arts, despite the Nazi death machine.

Dr. Amr Najib Armanazi, now 69 years old, routinely visited his children in London, where they studies. He and his wife frequently travel to Washington.


Israel Defense writer Ronen Solomon issued a profile of Armanazi on Thursday, disclosing a chilling resemblance to the same characteristics of Nazi war criminals who could discuss philosophy and understand fine art while engineering the torture and extermination of 6 million Jews.

He has a ”fatherly appearance, with white hair and a pleasant smile,” according to Solomon.

He is in charge of the majestically termed Syrian Scientific Studies and Research Center (SSRC) near Damascus. The name is a euphemism for what could be called “Poison Gas and Chemical Warfare Co. Ltd.

The United States, and Israel, knew years ago that Syria was producing chemical weapons but did nothing to stop it. That was during the era when Washington was convinced that if Israel would simply hand over the Golan Heights to Syria in exchange for a piece of paper saying the countries were at peace, all of the region’s problems would be solved.

It took the U.S. State Dept. until Sept. 9, 2012 to put its stamp of disapproval on Armanazi. It declared, “The SSRC is the Syrian government agency responsible for developing and producing non-conventional weapons and the missiles to deliver them. The SSRC also has a public civilian research function; however, its activities focus on the development of biological weapons, chemical weapons, and missiles. During his tenure, Armanazi oversaw a facility that was involved in the production of sarin nerve agent.

“Amr Armanazi, has engaged, or attempted to engage, in activities or transactions that have materially contributed to… the proliferation of weapons of mass destruction…, including any efforts to manufacture, acquire, possess, develop, transport, transfer or use such items.”

Armanazi, a former computer engineer, has a longtime acquaintance with the Assad family. His father was Syria’s ambassador to several countries, including India and Egypt.

He worked in the 1990s for Assad, who then was managing the Syrian Computer Society, another names that rings of innocence but which developed computer systems for the military.

Armanazi later took over the management of the Scientific research Center, which also was to develop nuclear warheads.

He oversees  thousands of workers who develop and produce chemical weapons, using “immunology laboratories” and “environmental research”  laboratories to perfect materials for genocide.

The manufacturing center for producing Sarin gas and nerve agents is located in northern Syria, according to Solomon, the same region where Israel in 2007 bombed a building that was to serve as a nuclear reactor. It was being built under the guidance of North Korean scientists, who had been in close contact with Armanazi since 2001.

Solomon revealed that Armanazi traveled to Pyongyang several times and helped establish a straw company named “Namchongang Engineering Services” in Damascus, which was a cover for North Korea’s nuclear activities in Syria.

Like the Nazi elite, Armanazi has made himself into an image of a fine, elderly and cultured family man. One of his daughters earned a Masters in Business Administration from the University of London and is senior manager of Nissan in Syria.

One of his sons studied in London for a degree in economics and works there for a bank.

And their father’s legacy is the murder of civilians, including children, by poison gas.

Armanazi’s office is in a complex that includes warehouses for storing chemical weapons.

If the United States attacks Syria, it can be assumed that the cultured Armanazi will be far, far away from his office. 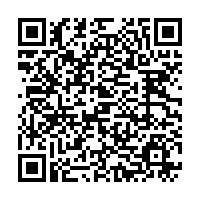