Russia’s Foreign Minister Sergei Lavrov met in Cairo on Sunday with Egypt’s President Abdel Fattah el-Sisi as part of his general tour of Africa aimed at relieving some of Russia’s global isolation.

During his 24-hour visit to the country, Lavrov also met with his Egyptian counterpart, Foreign Minister Sameh Shoukry, as well as with the Cairo-based Arab League’s Secretary-General Aboul Gheit, and addressed the members of the Arab League.


In advance of his visit, Lavrov wrote an article underlining Russia’s deep interest in the African states, while denying that Moscow is to blame for the global food crisis.

The article, published in top news outlets in Egypt, Ethiopia, Uganda and the Democratic Republic of Congo, claimed Western countries were to blame for the worldwide wheat shortage that began with Russia’s invasion of Ukraine, one of the world’s major breadbaskets.

On Saturday, Ukraine’s Black Sea port of Odessa was targeted by Russian missile fire despite a deal reached the day before to allow shipments of millions of tons of grain trapped in Ukraine by the Russian blockade of the port.

Fortunately, although the port’s infrastructure was hit, the missiles missed Odessa’s grain silos.

“The Kremlin continues to show disregard for the safety and security of millions of civilians as it perpetuates its assault on Ukraine,” US Secretary of State Antony Blinken said in a statement released this weekend to news outlets. “Russia is starving Ukraine of its economic vitality and the world of its food supply through the effective blockade of the Black Sea.

“This attack casts serious doubt on the credibility of Russia’s commitment to yesterday’s deal and undermines the work of the UN, Turkey, and Ukraine to get critical food to world markets. Russia bears responsibility for deepening the global food crisis and must stop its aggression and fully implement the deal to which it has agreed.” 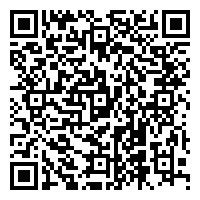