Residents of Shlomi in the Western Galilee complain that recently, late at night, they’ve been hearing the sounds of shovels and hammers under their homes, Makor Rishon reported Sunday. Their concern is that less than a year after six terror tunnels that entered Israel from Lebanon had been exposed, Hezbollah has returned to its plans to conquer the Galilee area through new tunnels.

“I heard digging and muffled hammer sounds,” one resident told Makor Rishon. “I searched my house and my neighbors’, but the sounds came from under my own house. I totally believe they went back to operating and digging tunnels but I’m sure the military is handling it,” she said.

According to the complainant, other neighbors have heard the strange noises as well. Over the weekend, she and other locals were visited by IDF officials who investigated the complaints.

“The military is taking our appeals very seriously, and we are certain they’re doing everything to keep track of these things,” the Shlomi resident said.

A resident of the nearby Ya’arit community reported: “We, too, are hearing hammer blows between three and four in the morning – it doesn’t make sense that they come from a construction site.”

Gabi Na’aman, head of the Shlomi local council, is familiar with the renewed complaints about hearing excavation noises in recent days. He said that the chances of terrorists trying to dig a tunnel under the locality are zero, and that he is confident of the efforts the IDF is making on the northern border to foil any such attempt.

“The Northern Command has made it clear that there are no tunnels that reach under Shlomi, nor can there be a tunnel under the homes in question, because under the mountain there is a water aquifer and the quarrying there would be very complex. Also, since there’s no place on the Lebanon side where one can dig and hide the dirt, I tend to accept the announcement of the Northern Command chief and trust him 100 percent,” Na’aman said.

Six tunnels were exposed during the 40 days of the Northern Shield operation that began on December 4, 2018. When the operation was complete, the IDF reassured the locals with a very high level of confidence that there are no other tunnels excavated by Hezbollah that cross into Israeli territory, but there are very few Hezbollah tunnels that stop short of crossing the blue line border between Israel and Lebanon.

The military made it clear that these tunnels are under surveillance and their location has even been given to UNIFIL forces operating in southern Lebanon.

The tunnels were a central pillar of Hezbollah’s plan to infiltrate with thousands of fighters the Israeli communities along the border. 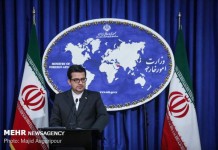 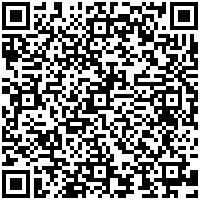