The head of Iran’s Strategic Council for Foreign Policies, Kamal Kharazi, said in a dramatic announcement Sunday that Tehran has achieved the technical ability to manufacture a nuclear bomb.

Iran has ramped up its enrichment of uranium at the underground Fordow nuclear plant, Reuters reported earlier this month.

Tehran is now using advanced, adaptable centrifuges to enrich the uranium at various levels of purity, according to a report by the UN International Atomic Energy Agency (IAEA) that was seen by the news outlet.

Iran has also conducted “extensive maneuvers to strike at the depth of Israel in the event our sensitive facilities are targeted,” according to a report published Sunday by the Arabic-language service of Aljazeera.

“In a few days we were able to enrich uranium up to 60 percent and we can easily produce 90 percent enriched uranium,” Kharazi said. “It is no secret that we have the technical capabilities to manufacture a nuclear bomb, but we have made no decision to do so,” he said.

Kharazi added that Iran will not negotiate over its missile program and regional policy with anyone, and said Tehran will respond directly against Israel should its security be targeted – a possible reference to the recent series of assassinations and mysterious deaths of Iranian nuclear scientists, and of one senior official in the Islamic Revolutionary Guards Corps (IRGC).

He called for regional dialogue with Saudi Arabia, Turkey, Egypt, Qatar and others, and said that he welcomed Saudi Arabia’s statements about extending a hand of friendship to Iran and that Tehran is “ready for dialogue” and to restore relations with Riyadh. 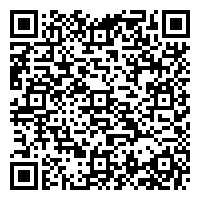