In 2011, Kurdistan’s President Masoud Barzani stated: “No one in Kurdistan has the right to violate the rights of women. We have laws to prevent or punish violations, and any disputes between citizens must be resolved according to the law, and with justice and equity.” He added that one of the fundamental objectives of the Kurdish struggle has been to secure women’s rights.

Unfortunately, Iraqi women living in the Arab parts of Iraq don’t have it so good. According to a recent report in Kurdish broadcast news station Kurdistan 24, 17,000 domestic violence complaints were registered in Iraq in 2021. At the same time, the report claims that cases of child marriage have risen: in 2021, 25.5% of Iraqi minors married under age 18, compared with “only” 21.7% in 2011.

The report claims that Iraq has no laws dealing with violence against women and that the country’s 1969 penal code contains an article that allows rapists to escape punishment if they agree to marry their victims. According to the report, various women’s rights groups would like to pass a draft law condemning domestic violence, but the move has been blocked by Islamist parties since 2010.

In contrast, in the Kurdistan region, the situation is a bit better, yet there is still room for improvement. Ewin Mostafazade, a member of Kurdna, a Kurdish human rights organization, claims: “Although KRG has a kind of democracy which cares for women or at least is not against them, as in many other countries, there is gender inequality and patriarchy. The structure of Iraqi Kurdish society is originally tribal and they are loyal to traditions. But step by step, women here benefit from modernity.”

Nevertheless, she urges the Kurdistan Regional Government to continue the process of educating the population to be more accepting of women’s rights. But she noted that the KRG faces several difficulties in this regard: “The KRG is always confronting inside and outside difficulties,” Mostafazade said. “The tribal system has a major role in controlling people. For years, education was not given the necessary importance and was in the hands of the clergy. Thus, the system cares more about coexistence, forgiveness, religious guidance and traditions than anything else.”

Mostafazade claims that about 10,000 to 11,000 domestic violence complaints are filed annually in Iraqi Kurdistan, with most of the complaints originating in towns and villages, not cities. She noted that the statistics are likely higher: “We should consider that women who file a violence complaint comprehend the nature of the violence and are assured that there will be results. That is why I think there’s a great difference between what is happening and the number of complaints that are filed.”

According to Mostafazade, the number of women who have filed domestic violence reports in Iraqi Kurdistan has decreased since the start of the pandemic, but she does not think that this is a good thing: “Considering the bad economic and social consequences of COVID-19, the level of tolerance and patience for abuse has increased, leading many women not to file complaints against their family members,” she explained. 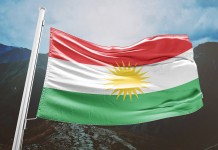 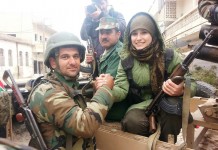 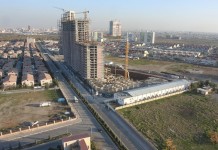 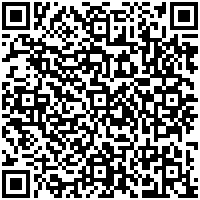