Colonel Abolfazl Sarlak was one of the Iranian military commanders in Syria who was “martyred” last Sunday night in eastern Aleppo, Fars News reported Thirsday.

According to the Iranian news agency, Colonel Sarlak had fought from the beginning of the Syrian civil war alongside General Qasem Soleimani against the “infidels,” and also spent many years fighting with Soleimani in Iraq as well.


Qasem Soleimani was a hero of the Islamic Revolutionary Guard Corps (IRGC) and served from 1998 until his assassination by the US in 2020 as commander of its Quds Force, a division primarily responsible for extraterritorial military and clandestine operations. At the time of his death, Soleimani was considered the second most powerful man in Iran, after Ayatollah Khamenei. The ayatollah reportedly was grooming Soleimani to take his place.

According to Sarlak’s comrades, “two days before his martyrdom, he told one of his friends that he had a dream in which Hajj Qasem himself had followed him in a car and was telling him to get ready to come meet him.”

His wife, who lives with the couple’s two young children in Aleppo, responded to the news of Sarlak’s demise saying, “I was not at all surprised to hear about the martyrdom because I was collecting his things!” Apparently, she, too, saw General Qasem in a dream two days before her husband was taken to meet his 72 virgins.

So, from now on, if you see Qasem Soleimani in a dream – stay indoors. 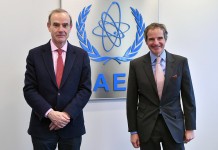 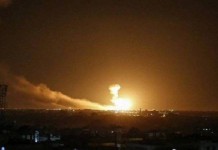 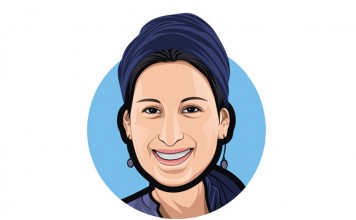