Russia’s Deputy Foreign Minister Mikhail Bogdanov on Monday told reporters that the “de-escalation zones” his country set up in Syria with in collaboration with Iran and Turkey should not be turned into “zones of other countries’ influence,” TASS reported.

Back in September, Russia, Turkey and Iran convened in the Kazakh capital, Astana, and agreed to set up de-escalation zones in Syria for six months, where the rebel forces, in whose territory said zones are located, would rely on guarantees by the three invading countries that no harm would come to them. Israel, which, obviously, was not included in the agreement, warned against the creation of one of those “peaceful” zones at its door, in the Quneitra area, in southern Syria.


Naturally, the first thing the Iranians have done following the agreement, was to try to dominate the de-escalation zones, free from Russian interference, and last Feb. 10 used one of its military bases, acquired from the Syrian regime, to send a drone into Israeli airspace, starting a local war.

That day, the Russian foreign ministry issued a statement saying, “Our special concern is the threat of escalation of tension inside and around the zones of de-escalation in Syria, the creation of which became an important factor for reduction of violence on the Syrian soil.”

No such reduction of violence has been recorded, in fact, those de-escalation zones have become battlefields between rebel forces and the invaders, with high civilian casualties just a day ago in Eastern Ghouta.

Which is why Deputy FM Bogdanov said that “the zones are necessary from the point of view of ending warfare, but at the same time it is impermissible to see the de-escalation zones turning into zones of influence of foreign states.”

Seeing as only three foreign states are involved, and one of them Bogdanov probably wasn’t criticizing, it stands to reason his warning was directed at Iran, with whose support the Syrian regime just massacred 71, including civilians and children in Eastern Ghouta.

The de-escalation zones are obviously not working as intended, and their title should be replaced with the more apt “killing fields.”

At the Munich Security Conference on Sunday, Iranian Foreign Minister Mohammad Javad Zarif poked fun in Prime Minister Benjamin Netanyahu’s presentation of a piece of the Iranian drone, with a threat to “act if necessary not just against Iran’s proxies that are attacking us but also against Iran itself.” The Iranian FM told the conference, “You were the audience for a cartoonish circus just this morning, which does not even deserve the dignity of a response.”

Clearly, what gave the security conference a “cartoonish” flavor was the fact that a senior official of the world’s largest exporter of terrorism had been invited to speak there, as was articulated by Saudi Arabia’s Foreign Minister Adel al-Jubeir, who told the conference that Iran is busy training a number of terrorist armies and conducts terrorist operations against the entire civilized world. 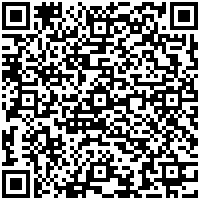