Still a cause for deep concern in the Jewish community is the yearly rising cost of private education. Although extremely costly, Jewish families send their kids to private school in order to ensure they receive a solid Jewish education. The average cost per year for each child is $15-20k dollars, which means that families are spending the bulk of their salary on education.

With the financial burden of private school tuition it’s becoming nearly impossible for families to afford a Jewish education and also send their kids to college. With some school tuition’s reaching up to $40k dollars per year, people have been scrambling for alternative education models, including charter schools and other unique solutions.

Another new trend is for teens to study abroad for high school. New programs opening up every year that offer low-cost or even free options for parents and their teens, are making this a viable and appealing option for many families.

Naale Elite Academy is a popular option for Jewish families. Run in conjunction with the Jewish agency, Naale is a free high school program that operates in 25 different schools in Israel, including special tracks for religious programs and high-level art and science programs.

It may sound a bit daunting to send teens to study abroad, as high school can be a challenge even in their hometown, but this challenge is a powerful opportunity for personal development and prompts incredible self-growth and transformation.

Yossi Kalman, a Naale student from Riverdale, NY, is studying at Shalavim, Naale’s religious boys program. Kalman saw his experience at Naale as a unique opportunity. “I wanted to perfect my Hebrew and have a high level of Torah learning,” Kalman explained. “The chevra here is amazing. There are people here from all over the world. My best friends here are Brazilian and Italian. That wouldn’t happen in New York.”

The consensus from most educators, parents and alumni of studying abroad programs, is that going overseas as a teen is a game-changer. Among other benefits, studying abroad helps high schoolers develop their self-esteem and broadens their knowledge of the world. Simmy and Yaakova Pollock, parents of two teens who studied abroad at Naale Elite Academy in Israel, saw incredible changes in their teens. “They have grown in their self-confidence and have realized previously unknown abilities to travel alone and successfully navigate the Israeli transit system, become bilingual and succeed in being mainstreamed into Israeli classrooms,” Pollock said.

Studying abroad also helps students develop an impressive number of crucial life skills, including cultural awareness, communication skills, independence and social skills. The Pollacks certainly saw this in their teens. “We noticed an increased sense of independence in our kids; from learning to self-advocate, budgeting, and tolerance for others,” Pollack said.

IES, a non-profit organization encouraging American students to study abroad, recently conducted a large survey of study abroad alumni that shows that their experience deeply influenced the decision to pursue higher degrees. More than 52% of respondents had a post-graduate degree.

Well-respected American educator, Dr. Jessie Voights, weighed in on the benefits of high school students studying abroad. He found that, “[studying abroad] results in a huge return on investment, from intellectual and emotional development to ultimate career prospects.”

At Naale, students include teens from all over the world. It’s a unique opportunity for teens to learn about cultural diversity. Naale’s program also includes learning Hebrew language, music, sports and special trips to learn more about the history of Israel , explore the country.

Finding the right place for teens to expand into their best self is the greatest gift for them and for the entire family. The Pollacks found that when teens are in a good place, the whole family benefits. “Our kids talk and communicate with us more now than they ever did when they were here – and we were always a close family,” Pollack describes. “It is certainly a life changing experience – a change for the better.” 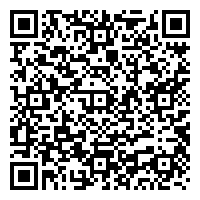