The plague of locusts that Israel defeated just as the Passover holiday approached has come back in a fury seven weeks later on the eve of Shavuot.

Approximately 30 million locusts have landed in the Western Negev and threatened to wipe out Israeli farmers’ crops. The Agriculture Ministry is using helicopters and pickup trucks to combat the insects with spray and prevent a total disaster to farms that have carried out the dream of Israel’s first Prime Minister, David Ben-Gurion, by making the desert bloom.


“They are easy targets now, but in two or three days when their wings develop, it will be a disaster,” Lior Katari, one of the Agriculture Ministry’s coordinators, told NBC.

Experts think that despite the spraying of the locusts two months ago, the insects already had mated and laid eggs in the sand and which now are hatching.

The appearance of the Biblical plague has ironically made the desert green, the color of the locusts.

Organic farmers have little hope. NBC quoted organic farm owner Golan Cohen as saying that volunteer workers have helped  out at the herb farm by banging on pots to keep the pests away.

“They were eating the weeds at first, they were small, so we ignored them,” said Golan Cohen,

After the threat of devastation grew worse, workers tried the noise-making method. “It worked,” said Dror Cohen-Chen, a worker on the farm. However, “The next day we came back and they had destroyed everything.”

“Three thousand years ago God sent the Egyptians a plague of locusts; now we are getting them back,” said a one local resident. 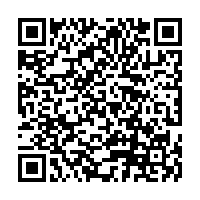