Blue&White is ready to go for applying sovereignty over the Jordan Valley and the Northern Dead Sea, Zeev Kam reported on Reshet Bet radio Thursday morning, based on a meeting this week between Blue&White’s MKs Hili Trooper and Yoaz Handel, and Habayit Hayehudi chairman, Education Minister Rafi Peretz.

At the meeting, Trooper and Handel said a government led by Benny Gantz could achieve a lot in the Jordan Valley, including the application of Israeli sovereignty over the valley and the northern Dead Sea. Trooper and Handel made it clear to Peretz that in exchange for his party’s jumping ship from Netanyahu’s rightwing bloc, a Benny Gantz-led government would be prepared to advance a significant ideological move regarding the settlements in Judea and Samaria.

Here’s the rub, though: unlike the settlements blocs alongside the 1967 “green line,” which are populated by Peretz’s religious Zionist voters, the Jordan valley settlements are closer to the historic Labor party, and nowadays support Blue&White.

At the same meeting, the Blue&White representatives raised the idea of ​​forming a government that in the first phase would not include the Haredi parties, pass crucial religion and state legislation, and only then invite the Haredim to join.

Frankly, such a move would have been more likely to materialize if it invited the Haredim to undermine the religious Zionists…

MKs Handel and Trooper later said the meeting was just another chat with a fellow lawmaker, and that “any attempt to attribute to it the appearance of negotiations or offers is simply wrong. And in any case, there was no talk about any concrete proposals regarding any subject,” they said.

It’s a little like the woman who told her neighbor, I never took your pot, and I never broke it, and, anyway, it was broken when you gave it to me.

The Likud and Blue&White negotiating teams met again on Wednesday, and issued a statement afterwards, saying “the meeting was positive, serious and substantive. The large gaps between the parties remain intact. A follow-up meeting is expected to be held in the coming days.”

Minister Ze’ev Elkin (Likud) commented on Reshet Bet radio that “even if there are new elections, it’s possible to form only a unity government. Everyone understands that this is the only option, as long as Liberman does not want to return to the rightwing bloc.” 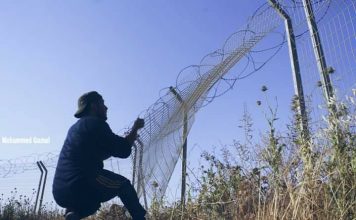