As the hunt for Ashraf Nalawa, who murdered two Israelis, injured one and escaped, has entered its 12th day, on Thursday morning Arab media reported that IDF forces operating in the city of Tulkarm had pasted leaflets warning local residents against providing assistance to the terrorist.

Twelve days ago, Nalawa came to the plant where he was employed at the Barkan industrial zone in Samaria and checked out handcuffs from the warehouse, claiming he intended to repair the electricity in the office. He then tied up Kim Yehezkel-Lebengrund Hy’d, mother of a year and a half old baby from Rosh Ha’ayin, and murdered her and the late Ziv Hajbi Hy’d at close range, wounded another woman, and fled the scene in short order.

According to Thursday’s reports, the IDF flyers are threatening that anyone extending aid to the terrorist Ashraf Nalawa will be subject to punitive actions by Israel.

“Anyone who helps the wanted person will be subject to legal consequences, including long-term imprisonment, the demolition of his home, and the revocation of all the permits for himself and his family,” the flyer says. “We will not hesitate to punish anyone who extends help to the wanted person.”

Earlier this week, the IDF told Nalawa’s family that their home has been slated for demolition.

In addition to the leaflet, Arab media reported that the IDF has been using megaphones to call on the terrorist to turn himself in. 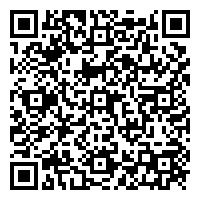