The National Committee for Planning and Building National Infrastructures is planning to extend the high-speed Tel Aviv-Jerusalem railway line through the capital and into the Germany Colony neighborhood’s Emek Refaim Street.

Emek Refaim, albeit a main street, is narrow and hugely congested, with cafes, restaurants, vegetable and fruit stores and numerous other quaint shops on both sides of the street, which is lined with historic residential and other buildings as well.

Jerusalem Mayor Moshe Leon told Ynet that “by 2030 Israel Railways will reach the Khan complex with a metro station in the city center as well.”

According to the plan, the track will pass through an underground tunnel and include new passenger stations at the intersection of Jaffa and King George Streets, and in the Khan complex near the historic Ottoman-era train station.

The line is expected to connect to the blue and red Light Rail lines, and the cable car that is planned for the Old City. 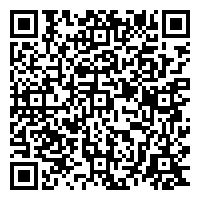