The American Jewish Committee (AJC) commended California Governor Gavin Newsom for vetoing AB 331, a bill that would have required students across the state to complete an ethnic studies course for high school graduation.

The requirement is based on the not yet finalized California Ethnic Studies Model Curriculum. A process marked by irregularities and a lack of transparency has produced a current draft version of the model curriculum that excludes Jews and many other ethnic groups while promoting controversial theories about race, ethnicity, religion, politics, and economics.


“AJC supports ethnic studies. We believe that K-12 students across California should be able to learn the role of ethnicity, race, and religion in the life of all of the state’s citizens, including those previously ignored,” said Serena Eisenberg, Director of AJC’s Northern California Region. “High-quality ethnic studies courses can help address the issues of racial injustice and strengthen our democracy.”

Governor Newsom criticized the first draft of the model curriculum when it was released in the summer of 2019, and he vowed that a new draft would be prepared that addresses key concerns of the Jewish community. His veto signals that the California Department of Education’s efforts to fulfill the intention of legislation mandating ethnic studies until now has still fallen woefully short.

The veto enables the Department of Education to reconsider its ill-conceived plan to produce a divisive program of ethnic studies. AJC urges the Superintendent of Education to continue its efforts to improve the Ethnic Studies Model curriculum before its final adoption.

“We appreciate Governor Newsom’s insistence on developing balanced and inclusive educational materials for California’s schools so that all children will confront racism in all its forms, build bridges of interethnic understanding, and see themselves in the curriculum,” said Richard S. Hirschhaut, Director of AJC’s Los Angeles Region. “It is worth taking the time to get this right.” 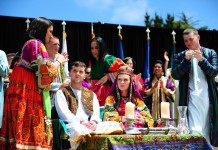 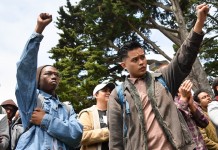