A swastika was spray painted on a fence and the words “white power” on a tractor-trailer at a Jewish-owned warehouse in Jackson, NJ on Wednesday, police confirmed, according to reports by the Asbury Park Press and The Lakewood Scoop.

Capt. Steven Laskiewicz reported that on February 13, township police responded to a report of graffiti at a business on Progress Place. “The investigation is active and ongoing and we are hoping that the public release of the photos does not negatively effect anything,” he said, adding that there are no witnesses or suspects connected to the vandalism.

The Ocean County Prosecutor’s Office said they expect to get involved should local police file charges. 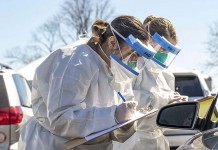 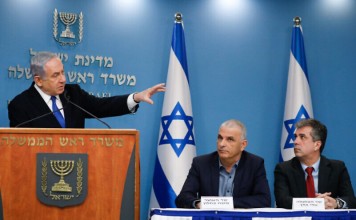 Bibi Derangement in the Age of Corona