Prime Minister Naftali Bennett warned Wednesday that revelations that Iran has deceived the United Nations International Atomic Energy Agency (IAEA) about its nuclear activities should come as a “wake up call” to the international community.

“The exposure of Iran’s systematic program to deceive the IAEA – which was based around documents that Iran stole from the IAEA – is a wake-up call to the world,” Bennett said in a statement Wednesday evening.


According to a bombshell report by The Wall Street Journal, Iranian intelligence obtained secret 20-year-old United Nations atomic energy reports and used them to conceal its nuclear weapons development program.

Regional intelligence officials told The Wall Street Journal that the “confidential” IAEA documents and Iranian records were circulated between 2004 and 2006 among the country’s top military, government and nuclear program officials.

Netanyahu’s Bombshell Exposes Iran’s Secret Nuclear Weapons Program
The documents allowed Iran to design answers that “admit to what the IAEA already knows, give away information that it will likely discover on its own, and at the same time better hide what the IAEA does not yet know that Iran wants to keep that way,” David Albright, president of the Institute for Science and International Security, and a former UN weapons inspector, told WSJ.

“This is additional proof of Iranian efforts to advance toward achieving nuclear weapons,” Bennett said. “The systematic policy of fraud, theft and concealing evidence by Iran against the IAEA should now become a definitive fact in the eyes of the international community.

“The IAEA is a professional body that serves as the international ‘gate keeper’ against the spread of nuclear weapons. I welcome the persistence of IAEA Director General Rafael Mariano Gross in not closing the open files until today – for which there was ample justification.

Apart from the deception, the documents attest to prohibited and ongoing nuclear activity, which reveals new issues that demand investigation,” the prime minister said, adding that the time has come for the IAEA Board of Governors to clearly tell Iran, “Enough!”

US Special Envoy Robert Malley, who serves as the country’s chief negotiator in nuclear talks with Iran, said Tehran’s past evasion of the IAEA investigations was one of the reasons the Trump Administration had so heavily sanctioned Iran.

In response to questioning by Republican Senator Todd Young of Indiana about the WSJ report, Malley said, “Senator, did Iran lie? Of course. Did Iran have a covert nuclear program? Absolutely.” 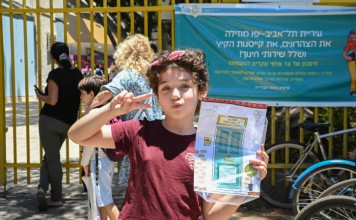 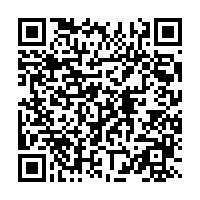