Is there such a thing as too much support? We’d love to hear reports from Jews whose synagogues were watched over by their Christian neighbors this Rosh Hashanah. Laurie Cardoza-Moore, a leading American Evangelical leader, has called on Christians to stand in solidarity with their Jewish neighbors over the High-Holidays, in response to what she dubbed the most fatal year for American Jewry ever. There have been 12 deaths in Synagogue shootings in 5779.

Cardoza-Moore, president of Proclaiming Justice to the Nations and host of the popular weekly Christian television show “Focus on Israel,” with a global audience of more than two billion viewers, wants US Christians to stand vigil outside synagogues on Rosh Hashanah and Yom Kippur.


“As millions of Jews across America prepare to celebrate Rosh Hashanah, many will be fearful of attending services because of the increase in anti-Semitic attacks,” Cardoza-Moore told her followers. “I therefore call upon all American Christians to stand vigil outside their local Synagogues this weekend to let our Jewish brothers and sisters know that they are not alone. Some have tried to use warped understandings of Christianity to justify attacks against Jews, but nothing could be further from the Bible’s truth. There is no justification on earth for these heinous attacks and no American should feel unsafe in their house of worship.”

Obviously cognizant of how some Jewish folks would react to seeing a bunch of gentiles circling their synagogue, Cardoza-Moore instructed her followers: “Please contact your local Rabbi and let them know that you will be standing outside their synagogue in solidarity.”

‘Tis the stuff that makes the tears well up this old Jewish guy’s eyes a little bit. I’m reminded of the joke about the European Jew who tells his Jewish American friend, “In Europe we have the best food, the best welfare systems, the best healthcare, the best art and museums – what do you have?” And the American Jew says, “We have the best goyim.”

Also, please tell your folks the holiday starts Sunday night and runs through Monday and Tuesday. Not so much the weekend. And ask if they’re allergic to honey cake. 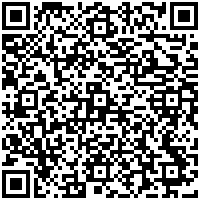