Pro-Trump extremists reacted to the news that Judge Reinhart, who empowered the FBI to raid Trump’s club and home, is Jewish with aggressive messages online. One user posted: “I don’t give a [expletive] anymore. Name? Address? Put that [expletive] all up on here.”


Another user posted the judge’s address, phone numbers, previous addresses, and the names of his relatives.

And a third user wrote: “Let’s find out if he has children…. where they go to school, where they live…EVERYTHING.”

The message board that was used by some of these users was used by participants in the Jan. 6, 2021, Capitol riot.

One user posted on the anonymous message board 4chan an image of Reinhart with the line: “About that Judge that signed the search Warrant…Bruce Reinhart once quit his job as a US Attorney to work for Jeffrey Epstein.”

Another 4chan user wrote: “That is a [expletive meaning Jew]. And a pedophile … He should be tried for treason and executed.”

According to a 2018 Miami Herald report, Reinhart quit his job as a federal prosecutor in 2008, and a day later became the defense attorney for several Epstein employees, including his pilots and a scheduler. Incidentally, former President Trump had a close, personal relationship with Epstein.

You may want to watch this online discussion by the ACLJ to learn more about the judge’s career.

A spokesperson for the U.S. Marshals told VICE News that “the US Marshals are responsible for the protection of the federal judicial process, and we take that responsibility very seriously. While we do not discuss our specific security measures, we continuously review the measures in place and take appropriate steps to ensure the integrity of the federal judicial process.”

Temple Beth David in Palm Beach Gardens was founded in 1975, holding its meetings in a local church as Jewish pioneers in Northern Palm Beach County. In 1983, the synagogue’s membership reached 150 families, built its new building, and developed its educational program. The congregation today boasts 350 families, with a religious school and preschool programs. It remains the only Conservative congregation in Northern Palm Beach County. 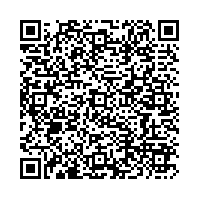