Middle East envoy Jason Greenblatt said on Thursday that the Palestinian Authority unity government which is being cobbled by Fatah and Hamas must renounce violence and recognize the State of Israel, AFP and other news outlets reported.

“The United States reiterates the importance of adhering to the principles of the Quartet for the Middle East: any Palestinian government must unambiguously and explicitly commit to nonviolence, recognize the state of Israel, accept previous agreements and obligations between the parties – including to disarm terrorists – and commit to peaceful negotiations,” Jason Greenblatt, Trump’s special representative for international negotiations,” Greenblatt said in a statement.


“If Hamas is to play any role in a Palestinian government, it must accept these basic requirements,” the envoy insisted.

Hamas, which controls the Gaza Strip and has vowed to continue its struggle until the Jewish State is no more, has already issued a protest suggesting the demands of the US envoy constitute “blatant interference” in a purely Palestinian issue.

“This is a blatant interference in the Palestinian cause because it is our people’s right to choose their government according to their own strategic interests,” said Hamas senior official Basem Naim, adding that “Greenblatt’s statement and the demand for a Palestinian unity government to recognize Israel and renounce violence came under pressure from the right-wing government in Israel.”

Because a left-wing Israeli government would have endorsed a violent Palestinian Authority government which did not recognize its right to exist?

Greenblatt’s statement was the Trump Administration’s first clear response to the PA-Hamas reconciliation deal which was signed last week in Cairo between Chairman Mahmoud Abbas’s Fatah movement and Hamas to end the division that exploded back in 2007 with the violent expulsion of Fatah from Gaza.

Under the new reconciliation agreement, the Palestinian Authority will regain control of the Gaza Strip come December 1. The parties will seek to form a unity government while Hamas will be permitted to join the PLO – Israel’s negotiating partner in the peace talks since 1993. 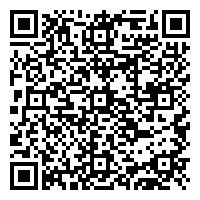