Making the announcement on Monday in Jerusalem, Lapid said “the creation of this post and the appointment of Tishby is another step that will strengthen Israel and our fight against anti-Semitism internationally at a moment when Jews around the world once again face an alarming and dramatic resurgence in anti-Semitism.”

She is charged with raising awareness of delegitimization efforts against Israel, advocating against hate towards Jews and spearheading initiatives worldwide, according to the Foreign Affairs Ministry.

In 2011, Tishby founded Act for Israel, an online advocacy organization. In 2021, she wrote, “Israel: A Simple Guide to the Most Misunderstood Country on Earth.” The ministry described her as “a leading voice in the United States and abroad” in fighting anti-Semitism and anti-Israel delegitimization efforts.

She has been recognized as one of the “50 Most Influential Jews in the World” by The Jerusalem Post.

Tishby was born in Tel Aviv and served in the Israeli Defense Forces. She received a drama scholarship from the Tel Aviv Museum of Arts and appeared in popular Israeli TV, film and stage productions before establishing her film and television career in the United States as a producer, actor and writer.

“I can imagine no greater honor than representing the State of Israel to work to eradicate the rising threat of irrational and dangerous hate against Jews, bring anti-Semitism to the surface, and foster dialogue,” said Tishby. “The danger facing Jews and the State of Israel is more prevalent now than at any time since World War II and the Holocaust.”

A recent FBI report found that Jews are the target of 58% of religiously motivated hate crimes in America while making up just 2% of the population, the ministry said in announcing the appointment. 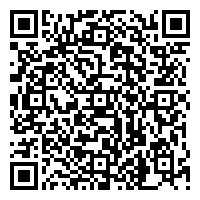