Baruch Taub and Binyamin Hefetz, two Orthodox men from Cleveland, were onboard a single-engine Beechcraft A36 Bonanza that crashed in a wooded area in White Plains, Westchester County Thursday afternoon.

The plane left JFK Airport and was on its way to Cuyahoga County, Ohio. The pilot reported engine trouble when the plane was one mile from the Westchester County Airport in White Plains, and the plane crashed around 6:15 PM, according to the Federal Aviation Administration. The plane was found with both passengers dead in a wooded area near Rye Lake.

The owner of Daviation Inc, at 38490 Crossbrook Ave, Willoughby, which owns the plane, told CBS Channel 2 in NY that both men lived in the Cleveland area and were experienced pilots. He also said he was “devastated” by the news. 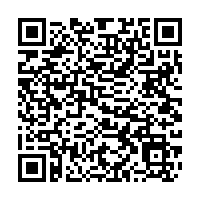