You might think that ethics violations or sexual harassment complaints would be the biggest problems New York Governor Kathy Hochul must keep from invading her administration.


Many other issues face New York’s first female governor on both the governmental and political fronts. From a governmental point of view, Hochul is nominating many new top administration officials that need to be confirmed by the state Senate next year. She also has to clearly and concisely outline her vision for the state during her first address to a joint session of the legislature in early January.

She also has to keep up her mantra of being responsible for the most transparent state government New Yorkers have ever seen. This goal appears to be a work in progress, as she has not yet achieved full transparency.

The biggest test before Hochul these days is to put policies in place to protect New Yorkers from the coronavirus and its variants. Hochul style is to leave the smaller decisions in the hands of county leaders, and set policy for the big picture. She has a tough task ahead of her because her predecessor was so good at keeping New Yorkers informed on a daily basis. The comparison will always be there.

Hochul, to date, has only kept New Yorkers informed on a weekly basis. She feels that’s enough. The governor, a Democrat, needs to do more when it comes to transparency by taking more than a few questions from reporters from across the state.

In November, 957 New Yorkers died from the coronavirus, an average of 32 deaths per day. Since taking office three months ago, there have been approximately 2,900 deaths reported to the state by hospitals, holding the average death rate at 32 per day.

Many people might say Hochul is doing all she can and can’t be blamed for deaths that are out of her control. But has she been doing enough during the time she fired Dr. Howard Zucker as state health commissioner and installed Dr. Mary Bassett as the new commissioner? Bassett, a former New York City health commissioner, started as the state’s top doc on December 1. Whose advice has Hochul been relying on, between the time she silenced Zucker in late August and now, with Bassett at the helm of one of New York’s largest state agencies? Where’s the transparency?

Amidst all this is another challenge Hochul is fully aware of – the proverbial arrows aiming at her and her lieutenant governor from the political side of the Democratic party, as the Republican party is teeing up to sling their arrows at Hochul if she survives the June primary next year.

Hochul’s government agenda is clearly mirroring what she needs to do politically. Her daily government schedule shows Hochul, a Buffalo native, in New York City more days than she is anywhere else in the state. Lt. Governor Brian Benjamin, a Harlem native, is in the upstate counties at ribbon-cuttings and making speeches written for him by top staff and signed off by Hochul’s team.

Hochul has said that her team knows if they schedule more than two hours of office time for her, she won’t be happy. Her public schedules demonstrate something different. Benjamin’s schedules show on any given day one or two events. What’s happening the rest of the time? Fundraising, perhaps? Where’s the transparency?

Two other potential candidates could wade into the murky political waters, including New York City Mayor Bill de Blasio, who is looking for a new gig at the end of the month, and Suffolk County Executive Steve Bellone, who has been making noises about adding his name to the list of candidates. Usually, this number of candidates only emerges when the governor’s office is an open seat, not when there is a sitting incumbent. The not-so-subtle message here is that these folks are not showing Hochul the respect as an incumbent but as an accidental governor.

The last time a sitting governor filled out the term for his boss and ran for election in his own right was Malcolm Wilson, a Republican, the sidekick to four-term governor Nelson Rockefeller who resigned three years into his fourth term and began work at the Commission on Critical Choices for Americans. Wilson lost to then-congressman Hugh Carey, a Democrat, in 1974.

It can take as much as $30 million for a candidate to run a credible campaign through a primary and general election.

In other recent news, the hits just keep on coming for the Cuomo family. It was revealed recently that besides the ongoing probe by the U.S. Attorney’s Office for the Eastern District of New York, a second federal probe has begun, this time from the Civil Rights Division of the Department of Justice, into former Governor Andrew Cuomo’s sexual harassment charges. The feds are also rehashing what the attorney general’s independent counsel and Assembly Judiciary Committee reported about nursing home deaths being misreported in order to make Cuomo’s $5.1 million book deal about his leadership during the pandemic look more attractive to readers. The two federal agencies are also adding the sexual harassment complaints that have plagued Cuomo, 63, to their agenda items. The legal costs, paid for by the taxpayers, to defend Cuomo against these federal and state charges are mounting up to the tens of millions of dollars, according to estimates from the state comptroller’s office.

Cuomo’s woes have also seeped into the world of his younger brother Chris, who had an eponymous show on CNN. The cable news network has fired the 51-year-old Cuomo due to sexual harassment complaints from colleagues at ABC Network News, where he worked before coming to CNN. At CNN, Cuomo was charged with making phone calls to other news organizations and contacts to get dirt on his older brother’s accusers. He was also advising his brother about how to get out of the mess. Now Chris Cuomo has his SiriusXM radio show and his brother is allegedly unemployed and holed up at the Westchester County home of his sister Maria, who is married to fashion shoe designer Kenneth Cole.

It’s going to be an interesting holiday gathering for the Cuomo family later this month.

Meanwhile, SUNY Chancellor James Malatras has received a vote of confidence from the SUNY Board of Trustees after several groups called for Malatras’s resignation in light of recent reports that he helped Cuomo edit his book and advised him while he was part of the former governor’s top staff and president of a state college.

The 17-member board released a joint statement stating in part, “He’s acknowledged he made a mistake, taken full responsibility for it, and apologized appropriately. He is fully focused on the critical work of keeping our facilities open and our students and faculty safe through the ongoing pandemic … We have challenging days ahead and believe Jim Malatras, as chancellor of the State University of New York, remains the right leader to help us meet that challenge.” 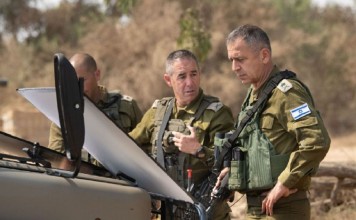