The Tadawul, Saudi Arabia’s stock market, on Sunday took a 7% dive as investors are in a panic over the Kingdom’d deteriorating relations with the international community , particularly with President Donald Trump, over accusations that Saudi agents were behind the disappearance of Saudi journalist Jamal Khashoggi in Turkey.

Trump told CBS’ 60 Minutes that if it turned out that Khashoggi, a Washington Post reporter, had been killed, there would be “severe punishment” in response.

In an excerpt from the interview released by CBS, Trump said the Khashoggi case was “being looked at very, very strongly” and that the US “would be very upset and angry” if it turned out that the Saudi government had ordered his murder.

“As of this moment, they deny it, and they deny it vehemently. Could it be them? Yes,” Trump said.

Khashoggi went into the Saudi Consulate in Istanbul on October 2 to receive documents to permit him to marry his Turkish fiancée, and never left.

According to CNBC, in the first two hours of trade on Sunday, the Tadawul index was down 7%—the exchange’s steepest drop since December 2014, during the crash of world oil prices. Saudi Basic Industries, biggest petrochemical producer in the Middle East, were down 7.9%.

Saudi Arabia on Sunday issued a warning through its state news agency SPA that it intends to retaliate should economic sanctions be imposed on it by foreign entities over the Khashoggi case. A source inside the Saudi government told SPA: “The kingdom will respond to any measure against it with bigger measures,” adding”The Saudi economy has vital and influential roles for the global economy.” 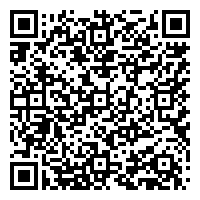