Rep. Paul Gosar (R-Ariz.) and Sen. Ted Cruz (R-Texas) say they have placed themselves in voluntary quarantine after shaking hands with a person who has been hospitalized with the coronavirus at the Conservative Political Action Conference (CPAC) in Washington, DC, that ended on Saturday, February 29.

According to CPAC, President Trump, who was the guest of honor at the event, did not come in contact with the infected person, but Politico cited ACU chairman Matt Schlapp who said that he had interacted with the virus carrier and then shook hands with the president.


Congressman Gosar tweeted on Sunday: “I am announcing that I, along with 3 of my senior staff, are officially under self-quarantine after sustained contact at CPAC with a person who has since been hospitalized with the Wuhan Virus.”

Gosar noted that “We are all asymptomatic and feel great,” and asked his followers to “keep the person in the hospital in your prayers.”

Sen. Cruz issued a press release on Sunday, saying: “Last night, I was informed that 10 days ago at CPAC I briefly interacted with an individual who is currently symptomatic and has tested positive for COVID-19. That interaction consisted of a brief conversation and a handshake.”

Cruz noted that “the physicians further advised that testing is not effective before symptoms manifest, and my brief interaction with the individual does not meet the CDC criteria for self-quarantine.” Still, Cruz chose to stay in voluntary quarantine at his Texas home “out of an abundance of caution.”

Hebron Community Spokesman Yishai Fleisher who shook hands with the same person at CPAC has confirmed to The JewishPress.com that he is maintaining his voluntary quarantine at his Gush Etzion home. 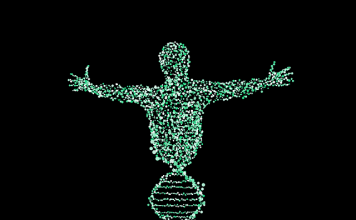