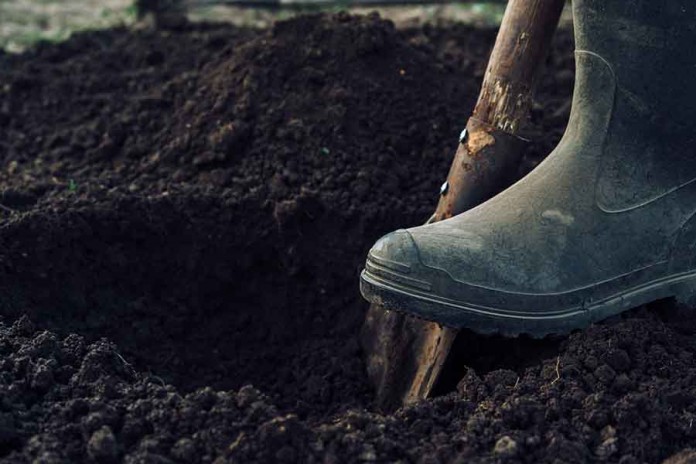 The first Mishnah in Bava Kamma (1:1) begins by listing four categories of damages for which a person might be responsible, with bor (“pit”) listed second. That term refers to a case in which somebody dug a pit that ended up causing damage to another. He who dug the pit is liable for all damages caused by the pit he dug, as the Bible says: “When a man opens a pit, or when a man digs (karah) a pit and he does not cover it, and an ox or donkey falls into it, [then] the master of the pit shall pay, he shall recompense the owner…” (Ex. 21:33–34).

While this verse uses the relatively obscure term karah to denote “digging,” the typical biblical word for the verb of “digging” is chofer. In fact, throughout the Mishnah (Sheviit 3:10, Bava Kamma 5:5, Bava Batra 2:12), the rabbis consistently use the verb chofer – not karah – to denote the act of creating a bor. In this essay, we will explore the possible differences between these apparent synonyms and help shed light on the exact meanings of these two terms.


The Malbim explains that karah refers to the first stage in digging a pit, while chafirah refers to the completion of the digging. With this in mind, the Malbim accounts for the word order in the verse, “He dug (karah) a pit, and he dug it (chafirah)” (Ps. 7:16). At first, he began to dig the pit, so the word karah is used, but subsequently, the person dug deeper to the completion of the pit, so in that context a cognate of chafirah appears (see also Ibn Ezra, Ibn Ramoch, and Meiri to Ps. 7:16).

The Malbim notes that this distinction can also be inferred from the verses concerning Isaac and his wells, as an earlier verse relates: “… and Isaac’s servants dug (karah) there a well” (Gen. 26:25), with a later verse talking about those same wells, reporting: “On that day, Isaac’s servants came, and they told him about the well that they dug (chafirah), and they said, ‘we found water’” (Gen. 26:32). This explanation of the wording regarding Isaac’s wells is also found in Ha’Ktav V’Ha’Kabbalah by Rabbi Yaakov Tzvi Mecklenburg (1785–1865) and in Ha’Emek Davar by Rabbi Naftali Tzvi Yehuda Berlin (1816–1893).

Based on this, Malbim explains that when laying down the law that he who digs a pit is liable for all damages that stem from that pit, the Torah specifically uses the word karah in order to teach that even if one digs “an incomplete pit” (i.e. one that is less than ten handbreadths deep), he is still liable for any damages incurred (except in the case that an animal dies by falling into said pit – see Bava Kamma 5:5). This is implied by the Torah using the slightly less common word karah to denote digging the pit, which implies even the most basic digging that does not penetrate as deep into the ground, as the term chafirah implies. [According to Even Shoshan’s concordance, cognates of chafirah in the sense of digging appear in the Bible 23 times, while cognates of karah in the sense of digging appear a mere 15 times.]

With this distinction between karah and chafirah in mind, Rabbi Berlin explains why the Bible used the word karah instead of chafirah in talking about Jacob’s burial place. Before he died, Jacob made Joseph swear that he will bury him the Land of Canaan, “in my grave that I have dug (karah) for myself in the Land of Canaan – there shall you bury me” (Gen. 50:5). Rabbi Berlin explains that the Bible does not use the word chafirah in this context because that would imply the ludicrous notion that Jacob had already dug a deep grave intended for his burial while he was still alive. Usually, a person does not literally dig their own grave during their lifetime. Instead, explains Rabbi Berlin, Jacob merely meant that he had prepared a specific plot for himself to be buried, but not that he actually dug the grave and completed all the preparations. Because Jacob only meant that he engaged in perfunctory preparations for his burial, but did not actually dig out the whole grave, the Bible used the word karah which implies “digging” just the beginning of a pit, as opposed to chafirah.

In a polemic against Modern Hebrew that highlights the richness and exaltedness of lashon hakodesh, Rabbi Shaul Bruch (1865–1940) notes that the Song of the Well uses the terms karah and chafirah in the opposite order than expected. That song reads: “O Well – she was dug (chafirah) by the officers, she was dug (karah) by the nation’s noblemen” (Num. 21:18). If this verse meant to refer chronologically to the stages of digging a well, then it should have first used the word karah and then chafirah; why then do these terms appear in the opposite order?

Rabbi Bruch answers by noting that while the Torah specifies that the Song of the Sea was sung by Moses and the Israelites (Ex. 15:1), the Song of the Well was only said to be sung by the Israelites (Num. 21:17). Moses’ absence can be accounted for in light of the fact that the song itself actually pays homage to Moses, as in this song the Jewish people acknowledged that although they (“the nation’s noblemen”) would undertake certain actions, the final results always depended on the nation’s ultimate leaders – Moses and Aaron – “the officers” who would seal the deal. For example, although the Jews themselves valiantly fought against Amalek, it was Moses’ raised hands that ultimately led them to victory.

Accordingly, the Song of the Well does not speak chronologically about the steps taken towards preparing a wellspring of water for the Jews in the wilderness; rather, it reflects the qualitative reasons behind that miraculous entity: “She was dug by the officers” is mentioned first and foremost because those officers are Moses and Aaron in whose merit the well sprung into existence (see Taanit 9a). The chafirah – finalization – of the digging is attributed to them. Only after establishing the main reasons for the well’s existence can the song move on to discuss the secondary reasons: “she was dug by the nation’s noblemen,” which refers to the rest of the nation. Their merits can only “start” the digging process (karah), but cannot complete the project without the leadership of Moses and Aaron. 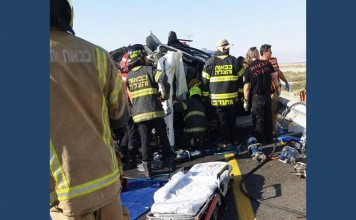