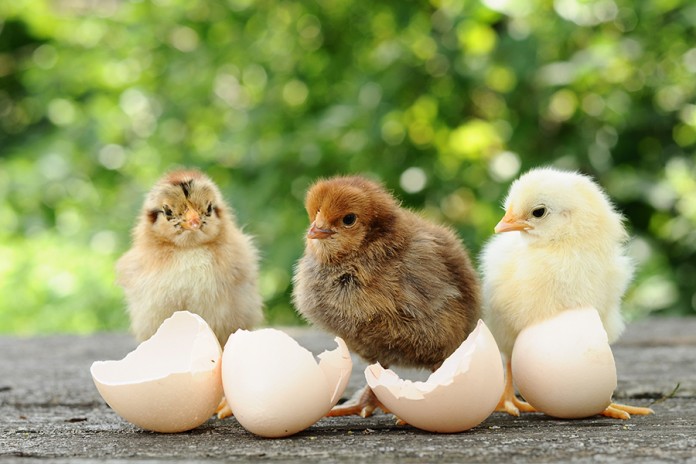 In one of the more obscure commandments of the Bible, the Torah stipulates that if one happens upon a bird’s nest and wishes to take an egg or hatchling from the nest, but the mother bird is roosting over it, one must first send away the mother bird before taking an egg or hatchling (Deuteronomy 22:6-7). In this context, the Hebrew word for a “hatchling” is efroach. The word appears twice in that passage, twice more in the rest of the Bible (Job 39:30, Psalms 84:4), and thrice in the Mishnah (Shabbos 18:2, Eduyot 4:2, Chullin 12:3).

Although Menachem Ibn Saruk understands efroach as the sole derivative of the quadriliteral root aleph-peh-reish-chet, Ibn Janach and Radak understand that its root is actually the triliteral peh-reish-chet, which means “flowering.” Most famously, the word perach (“flower”) derives from that root. Indeed, Ibn Ezra (to Deuteronomy 22:6) explicitly notes that the aleph of the word efroach is extraneous to its root. Ibn Janach explains the efroach’s connection to “flowering” by noting that the efroach appears as though it “sprouted” or “flowered” out of the egg from which it hatched. Similarly, Radak and Rabbi Shlomo Pappenheim (1740-1814) explain that as a young chickling, an efroach still has much “growing” to do, until it yet flowers into a mature adult bird.

Rabbi Aharon Marcus (1843-1916) reduces this triliteral root to its biliteral core peh-reish, which he explains refers to “spawning off into multiple segments.” Rabbi Samson Raphael Hirsch (to Genesis 16:11) compares it to other phonetically-similar words like para (“revealed”), pera (“wild”), parah (“cow/fruitful”), bara (“created”), barach (“fled”), and barah (“clear/outside”). The common denominator among all these words, according to him, is their relationship to the concept of freedom and the unhindered ability to move (and thus wax and grow) without restrictions.

From among the other Hebrew words for hatchlings, such as nipol and pargit, we’re going to look at the one about which commentary abounds: gozal.

The word gozal appears twice in the Bible. In one case, Hashem commanded Abraham to take a gozal from among a pigeon and other animals used for the Covenant Between the Pieces (Genesis 15:9). In the second instance, Moses compares Hashem caring for the Jewish People to an eagle hovering over its gozal (Deuteronomy 32:11). The word gozal also appears several times in the Mishnah (Bikkurim 3:5, Shekalim 8:5, 9:1, Bava Metzia 1:4, 2:3, Kinnim 2:1, Taharot 8:6). Although Targum Onkelos (to Deuteronomy 22:6) renders the Hebrew eforach as the Aramaic efroach, Targum Jonathan (there) renders the Hebrew eforach as gozal!

According to tradition, the gozal which Abraham was commanded to take was actually a dove (Bereishit Rabbah §44:14, Targum Oneklos to Genesis 15:9), because that is the only other bird besides a pigeon that is fitting for ritual sacrifices, and this covenant was a sort of sacrifice (see Ibn Ezra there). Yet, Ibn Janach and Radak note in their respective Sefer HaShorashim that although gozal primarily refers to a young dove, the word’s meaning expanded to refer to any young bird. This explains how the term can refer to a young eagle in Deuteronomy.

The word gozal can be traced to the triliteral root gimmel-zayin-lammed (gezel), which also means “stealing.” What is the connection between the two meanings of that root? Rabbi Yehuda Aryeh Leib of Carpentras writes that gozal refers to a type of dove that steals food from others’ fields. Rabbi Samson Raphael Hirsch (to Exodus 23:19) writes that gozal relates to gezel because initially when a hatchling emerges from its egg it falls within its mother’s charge, but after some time the small bird matures to a point where it can break away from its nest and assert its independence. When doing so, the bird “steals” itself from its mother, so to speak – hence the very word for such a bird is related to the word for “stealing.” [For more about the term gezel, see “Stealing and Robbing,” Feb. 2020.]

Rabbi Yehonasan HaKohen of Lunel (1135-1210) understands the word gozal to mean “dove”in Biblical Hebrew just like yonah does, while efroach means “young bird” without reference to a specific species. In Rabbinic Hebrew however, the meaning of gozal slightly shifted to specifically mean a “young dove,” he holds. For some reason, his assessment of the word gozal ignores the aforementioned verse about eagles (perhaps because he understood that to be simply a borrowed usage, and not reflective of an actual semantic shift).

A cryptic statement by Ibn Ezra (to Deuteronomy. 32:11) about the relationship between the words gozal and efroach can be read as saying one of several different possibilities:

Rabbi Yitzchak Sarim (1798-1872) understands Ibn Ezra’s point as clarifying that gozal is not just a term for a “young eagle,” but can rather apply to any “young bird” (just like efroach). The 18th century scholar Rabbi Shlomo Kohen of Lissa posits that Ibn Ezra meant to say that the word gozal has two meanings, as it can refer in general to young fledglings, but can also refer to a specific type of dove. Essentially, he means that gozal is synecdoche – that is, a term which refers to both a part of a set and the entire set. Finally, Rabbi Dr. Asher Weiser (editor of the Mossad HaRav Kook edition of Ibn Ezra’s commentary to the Pentateuch) argues that Ibn Ezra’s intent was to state that gozal and efroach are synonyms.

A different approach is found in an article from the Academy of the Hebrew Language and another article by Dr. Moshe Raanan of Herzog College. They explain that even though in earlier times the terms efroach and gozal were indeed synonymous, in Modern Hebrew there is a difference between these terms based on a zoological distinction.

In Modern Hebrew, they write, an efroach refers to a young, nidifugous bird who exits its egg already covered in feathers and can leave the nest right after it hatches (because it has the ability to eat on its own), like chickens and geese. A gozal, in contrast, refers to a nidicolous bird, who is born without any feathers and has to be fed by its mother (like most singing birds). Such birds must stay in the nest after they hatched until they are well-developed enough to go out on their own. The way these scholars explain it, efroach and gozal do not refer to two different stages within the development of a single bird, but instead refer to two different types of birds. 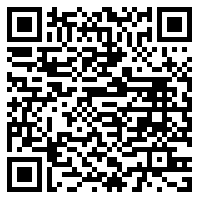