I had just started teaching a new group of students in my Israel political advocacy class. It was October 2012 and I overestimated their understanding of Israel’s electoral system. The Israeli government had just collapsed under a no-confidence motion and I sent a quick message to the class: “The Israeli government has just fallen, we’ll discuss more in class.”

I received a flurry of worried messages about how it happened and what would happen to Israel. It quickly became apparent to me that my students thought Israel had fallen. A quick class on how Israel’s parliamentary system operated alleviated their fears, but it taught me a lesson in Israel’s precariousness I’ve never forgotten.


Israel’s new government has upset many people. Many right-wing Israelis are furious at Israeli Prime Minister Naftali Bennett for joining a coalition that contains left-wing parties opposed to settling Judea and Samaria. They’re not happy with Arab Islamic parties with ties to the Muslim Brotherhood being in the coalition governing Israel. Many religious Jews have concerns with parties which have spent years fighting efforts to bring more Torah values to Israel. Many right-wing religious Jews are almost distraught with the current government.

As Israel’s new government was sworn in on June 13, hundreds of Torah observant right-wing Jews gathered at the Western Wall in Jerusalem to jointly pray against the new Israeli coalition. The national religious and ultra-Orthodox Jews who participated said they feared the new government – “the left and the radical left” – would harm the Jewish character of the state.

In a statement, event organizers said they were “Praying G-d does not give [the new government] the option of carrying out their wicked plan to weaken Judaism in the country and the settlements, [and] so that He does not give them the power to harm” kosher certification, conversions, the sanctity of the family, the sanctity of the people of Israel, and Shabbat, and “so that he doesn’t let them abandon the Land of Israel to the Arab takeover.”

Ultra-Orthodox leaders were even more critical of the new coalition. Shas leader Aryeh Deri said that a government headed by Bennett “is going to destroy and ruin everything we have maintained for years. It will destroy Shabbat, conversion, the Chief Rabbinate, kashrut and will tear the people of Israel asunder. For the sake of his personal ambition, Bennett is throwing away everything that is important to the Jewish people.”

United Torah Judaism leader Moshe Gafni said, “The names of the wicked shall rot. We will cry out to heaven and earth… against the behavior of this man who ostensibly wears a kippa. From the beginning, we knew that this is what [Bennett] wants – he wants there to be an anti-religious government, a secular government. There will be a war on all fronts, there will be nothing he can do – this wicked one!”

In Pirkei Avot, Rabbi Chananiah ben Teradion is quoted as having taught, “Pray for the welfare of the government.” In his commentary to this Mishna, Rabbeinu Yona wrote that it is incumbent on all people to pray for peace in the world. It is the way of the righteous to do so. A person might think that all they need to do is pray for themselves, and they need to just ensure that they, their family, their community and their people are healthy and at peace. Rabbi Chananiah taught a person can’t just be concerned with their own lives; they must look at the greater good of peace and stability in their country.

The Religious Zionist and Ultra-Orthodox community’s concerns over the coalition are understandable. Many of their values and priorities aren’t shared by the leaders of the new coalition. Praying for their failure, questioning their Torah observance, and using fear tactics to spell out objectives the new government has never advocated isn’t productive leadership. The prayers at the Western Wall should’ve been for the protection of Jewish values, for the new coalition to agree to the same Jewish values as those praying understand them, and for the success of the Jewish State. Prayers focused on a positive future for the Jewish people would have been more in line with the Jewish values those praying purported to represent. 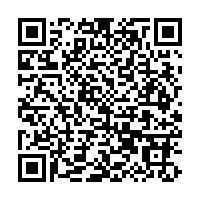