Russian film, television, and theater star Yegor Beroyev stirred a hornet’s nest during a Tuesday night awards ceremony in Moscow when he walked on stage wearing a yellow Jewish star and began attacking the upcoming new restrictions against unvaccinated individuals, comparing them to the treatment of Jews during the Holocaust, The Moscow Times reported Wednesday (Russian Actor Stirs Controversy By Comparing Unvaccinated Public to Jews in WWII).

By the way, this took place at the World War II-themed TEFI TV awards on the 80th anniversary of the Nazi invasion of the Soviet Union. So, good timing.


“I woke up in a world where [the vaccine has] become an identification mark,” Beroyev said, brandishing the yellow star on his breast pocket.

The city of Moscow, alongside more than a dozen other regions, has announced that as of Monday, June 28, restaurant dining would be restricted to vaccinated and negative-tested customers only. Around the country there has been a trend of mandated vaccinations as a condition for employment in many fields, coupled with growing restrictions of unvaccinated residents.

About two weeks ago, Rep. Marjorie Taylor Greene (R-Ga) visited the Holocaust Museum in Washington, DC, following which she apologized for comparing vaccine and mask requirements to the Jewish Holocaust of 1939-45.

In a May 22 interview, Greene said, “You know, we can look back at a time in history where people were told to wear a gold star, and they were definitely treated like second-class citizens, so much so that they were put in trains and taken to gas chambers in Nazi Germany. And this is exactly the type of abuse that Nancy Pelosi is talking about.”

Yegor Beroyev, for his part, called the restrictions a form of discrimination that would inevitably decide “whether you’re a citizen or you’ll be sent to a reservation, whether you’ll be allowed to attend places and events, and whether you’ll enjoy all your rights and benefits,” according to the Moscow Times report.

“How could we, the descendants of [World War II] victors, allow that?” Beroyev asked passionately as the audience applauded, then pleaded, “Don’t allow us to be separated from you, don’t allow the segregation of society.”

Beroyev co-starred in the 2005 blockbuster “The Turkish Gambit,” in the role of detective Erast Fandorin, Boris Akunin’s novel’s most memorable character.

Before Beroyev’s schpiel, on Tuesday, President Vladimir Putin’s spokesman Dmitry Peskov told reporters that “the reality is such that discrimination will inevitably set in,” referring to the wave of restrictions against unvaccinated Russians. He added: “People without vaccination or immunity will not be able to work everywhere. It is not possible. It will pose a threat to those around them.” 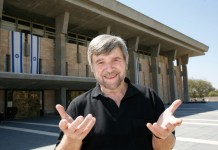 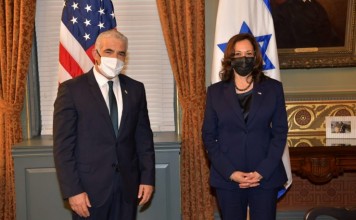