Over the past three thousand five hundred years, the Jewish people have gone through a tumultuous history and radical changes.


The Jews went from wanderers in the desert to an agricultural society. From a band of 12 tribes to a unified kingdom and then a divided country. From living in their own land to a dispersed nation to once again a nation living in their land. From a semi-literate population to world class geniuses.

The major thread found throughout this rollercoaster saga is the important role the Torah played in the lives of the Jews. No matter where or what their circumstances were – Torah was their master blue print, their day-to-day guide of every aspect of living.

While the written Torah always remained with the Jews, at various times parts of the Oral Law were lost and had to be retrieved. The discussions and arguments that led to its retrieval (as well as other material), were committed to writing and are found in the Talmud.

The laws given at Mount Sinai are the law – the practice and application is halachah. The laws don’t change-halachah can.

To remain viable in the varied history of the Jewish people, practices of Jewish law had to go through changes, adaptations and variations. These are reflected in the multitude of customs, practices and rabbinic decisions over the years.

Elements of the actual practice could be changed because of halachah’s (Jewish law’s) internal, built-in flexibility. While it is true that the actual practice might be flexible and that the ruling may be more stringent or more lenient, they all must fall within the framework and bounds of Torah.

Frequently the changes were introduced to protect Torah- (the Law) true Judaism. Other times to protect the population. Often to placate the surrounding non-Jewish population. And occasionally to protect Jews from other Jews.

The totally observant life of the Jews in the time of the Temples was not exactly the same as for those who lived in the shteitle (European Jewish villages). And the lives of Jews in the era of the Rishonim (Jewish scholars c.1000-1600) are not precisely like ours today.

This doesn’t refer to the march of time and science – but to actual practices – whether in the area of rearing children or observing the Shabbat – the matzah (unleavened bread) eaten on Pessach or the relationship between Jews and non-Jews.

Halachic decisions by both well-known and not so famous rabbis have been shown to vary from very strict to extremely lenient. And so the concept of not necessarily taking the stringent route is, and always has been, an integral and familiar facet of Jewish law.

Yet, when we look at so many of the practices and rulings of the current era we see that leniency (kulah) is out – stringency (chumrah) is in.

Elements of the practice have changed because of halachah’s internal, built-in flexibility. Halachah is flexible – but the Torah remains constant. In fact, the Torah’s diligence and eternity was made possible due to the elasticity and resiliency of halachah.

This book presents a series of ideas, thoughts, facts and ways of thinking that play an important role in Jewish life. It can be considered food for thought or ‘I never thought of it in this light’.

The book refers to stringencies in practices that various individuals or groups take upon themselves that exceed halachic requirements.

Today, the tendency is to go the chumrah route. Chumrah is a technical word with many legal implications. I use the word chumrah to specifically denote partaking in a more stringent practice. 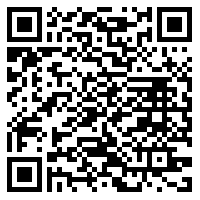