After a year of prayer, and hard, back-breaking work on the soil, patches of greenery reappeared in the fields of Olat HaShachar. Fruit trees budded. Tomatoes sprouted once again on their vines. God’s anger seemed to have passed, leaving the settlers with a new hope for the future. Even Shilo was filled with a revitalized spirit. As it turned out, his eyes never feasted on the money-paved streets of New York. His Rebbe had answered his letter asking for permission to go to America with the command that he stay in Eretz Yisrael, where with patience, everything would work out for the best. With the Rebbe’s encouragement, the carpenter set back to work with a renewed belief in his mission of rebuilding the Holy Land.

While their life wasn’t easy, Tevye strove to be content with his lot. As the Sages taught, the truly rich man was the man who was happy with what he had. Tevye was naturally optimistic by nature, and it was important to be a beacon of faith for the morale of the community. True, there was a long list of things to complain about, but who had the strength? After a long day of labor, Tevye would eat and gladly collapse into bed. On the Sabbath, he studied a little Torah with Guttmacher’s son. But his greatest pleasure came from his son. The golden-skinned toddler could walk and even put simple sentences together. He spoke Hebrew, the language which his father and mother spoke in the house. With an indescribable pleasure, worth more than all of the wealth in the world, Tevye taught his son the words of the Shema Yisrael prayer. When Sharagi asked Tevye why he didn’t teach the boy Yiddish, Tevye answered that Yiddish belonged to the past. Their future was in the mountains and plains of Eretz Yisrael, and not any longer in the confines of a ghetto.


The east winds which had brought the locusts were replaced by winds from a different direction. Each time a wagon arrived from Jaffa, settlers ran to meet it to hear the latest news about the war which was raging in Europe. At the beginning of the bloody conflagration, the battle between Germany, Russia, England, and France didn’t affect the small Jewish colony in Palestine, but when Turkey became an ally of the German Kaiser, things began to change. At first, many of the settlers wanted Germany to win and crush the Czar’s army, to punish the Russians for their oppression of the Jews. But when the Turk’s secret pact with the Germans was revealed, the Jews sided with the British, hoping that England’s forces in Egypt would roust the Turks and expel them from Eretz Yisrael.

One Friday afternoon, Hava and Isaac arrived in Olat HaShachar for a family reunion. Hava was pregnant with a child, and her Talmudic husband was pregnant with news. The former Hevedke had changed so completely that he bore no resemblance to the Russian poet of the past. His beard was longer than Tevye’s. He wore glasses, and covered his barbered blond hair with a hat. His baggy black jacket hid his muscular build, and he no longer held himself straight, but rather stooped in a humble pose which made him seem much smaller than he was.

With shining eyes and great excitement, he spoke at the evening meal, telling them everything he had heard about the war, and about Rabbi Kook’s visit to Europe. Hodel and Hillel, along with Ruchel with Nachman, joined them for the meal, and of course, Nachman listened intently to every word which Isaac related about the revered Rabbi Kook. For Tevye, it was a supreme Sabbath joy to have his family together. Like the cluster of glowing Sabbath candles which his wife and daughters had lit, a radiance shone on his face.

“Before the war broke out,” Isaac related, “the Agudat Yisrael organization in Germany invited Rabbi Kook to come to Berlin to participate in a rabbinical congress against the Zionist movement. Agudah represents the German ultra-orthodox who are adamantly opposed to the secularists. They believed that by having Rabbi Kook at their assembly, they could deal a blow to the Zionists who had been trying to win world approval for the creation of a Jewish State in Palestine. At first, the Rav couldn’t decide whether to attend the congress or not. He said it was extremely painful for him to leave the Holy Land’s shores, but he felt he might be able to influence the Agudah rabbis to moderate their opposition to the Zionist cause. Finally, his doctor recommended that a few weeks stay in a Swiss sanatorium might be beneficial to the Rebbetzin’s ailing health, so the Rav agreed to make the journey for the sake of his wife. When the war broke out, the congress was canceled, and the Rav was stranded in Switzerland with no way of returning to Jaffa. Apparently, all passenger ships have been refitted and turned into ships of war.” 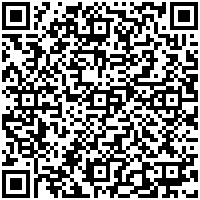