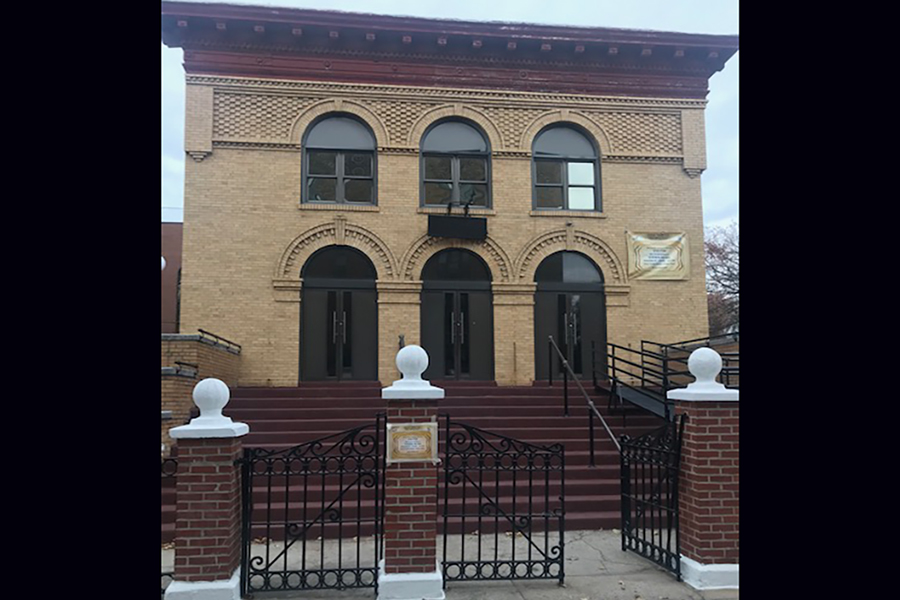 Kedusha. That is the word that kept reverberating through my mind as I walked into the Shomrei Emunah synagogue and it only heightened throughout my visit.

I knocked on the door of the magnificent edifice at the corner of 52nd Street and 14th Avenue in Borough Park and was greeted by Mr. Shloime B. Ellner. I introduced myself and explained that friends in Florida had recommended Shomrei Emunah for an article. I could hear a shiur being given in one room. The only other person I could see was a solitary figure in a large study sitting at a table with an open sefer. Mr. Ellner told me that Rav Shmuel Dovid Friedman spends so much time learning that he has very little time to spare so I should have my one question ready for him. Mr. Ellner unlocked the door to the study and it was the beginning of an incredible one-hour experience with Rav Friedman – an hour of heightened kedusha.

My one question was a generic: “What can you tell me about your shul?” The Rav started with a story about HaRav Chaim Kanievsky, with whom he has a close and long-standing relationship. On one particular visit to see him in Bnei Brak in the 1980s, Rav Chaim told of a man who needed a medical procedure to save his life. It was very expensive, $10,000 per week, and could Rav Friedman raise the money. Rav Friedman came back to New York not sure how he could raise that amount of money every week. He decided to put ads in newspapers. Amazingly, every single week the money was raised, $8,000 a week from the ad in The Jewish Press.

Rav Friedman then told me that all these years he had never expressed hakaras hatov to The Jewish Press and was happy to be able to thank the newspaper and its readers.

Rav Friedman continued to speak of HaRav Kanievsky and reached into his wallet where he kept a small packet with a half-shekel coin that had been blessed. I was honored when he gave it to me to keep.

Congregation Shomrei Emunah was established in 1907 and in 1910 built a Romanesque Revival style yellow brick edifice, which it still occupies today. Numerous talmidei chachamim founded Shomrei Emunah. Over the years it has become known as “The Mother of Jewish Institutions” due to the offshoots that were established from it: Beth El (see A Shul With A Story, June 26, 2019), Congregation Anshe Sfard, and Bnai Yehuda. Shul members were also credited with establishing organizations such as Yeshivas Etz Chaim (Hebrew Institute of Borough Park), Borough Park’s first Jewish day school and a very popular yeshiva and Israel Zion Hospital, now known as Maimonides Medical Center.

A long line of distinguished rabbis served the kehillah, which might be why the Chofetz Chaim was known to have said that Gedolim traveling to America should visit Shomrei Emunah upon arriving. Rabbi Wolf (Zev) Gold was the shul’s rabbi from 1928-1935. Rabbi Gold was the founder of the Williamsburg Talmud Torah and is credited with being the first President of the Board at Mesivta Torah Vodaas and the one who chose the name of the now iconic yeshiva. During those early years, numerous esteemed rabbis visited the synagogue including Rav Elchonon Wasserman, HaRav Avraham Yitzchak Kook, and HaRav Boruch Ber Leibowitz.

Dr. Harry Wohlberg was Shomrei Emunah’s rabbi from 1935-1973. Rabbi Wohlberg was also a professor at Yeshiva University during that time and later served as Vice-President of the Religious Zionists of America. Rabbi Wohlberg served on the executive committee of the Rabbinical Council of America in addition to being a trustee of Bar-Ilan University. Rabbi Wohlberg’s three sons were all rabbis. Rabbi Jeremiah Wohlberg recalls going to shul in the 1950s and seeing a large contingent of emigrants, many of them Holocaust survivors with numbers on their arms. The shul was also known to be staunchly Zionist. Shomrei Emunah hosted all of the leadership of the Zionist movement prior to and subsequent to the establishment of the State of Israel. Rabbi Zev Gold, who had made aliyah at that point, was one of the original signatories on Israel’s Declaration of Independence.

The renowned Rabbi Yaakov Pollak, zt”l, who was niftar this past May, served as the Morah D’asra from 1973-2008. Rav Friedman told of the heroic efforts and success of Rav Pollak in rescuing the manuscripts of Rav Yitzchak Eizik Krasilschikov, known as the Gaon of Poltava, from Russia. During the 1970s, Rav Pollak made numerous trips every year behind the Iron Curtain to rescue the Poltava Gaon’s twenty-volume dual-commentary on the Talmud Yerushalmi (twenty thousand pages) and other great works; all were transferred and removed in secret and accomplished with great humility. Thus what is recognized as the clearest and best explanation of the Talmud Yerushalmi is still learned in batei medrashim today in large part due to Rav Pollack.

Since 2008, Rabbi Aviezer Cohen has been the shul’s spiritual leader. He has given a Gemara shiur, Chevras Shas, between Mincha and Maariv for over 40 years. He is a talmid of Rav Yoseph Dov Soloveitchik of Yerushalayim and of Rav Aharon Kotler.

While many in Boro Park are at the chassidishe end of the spectrum, Shomrei Emunah still offers a place for all people living in the community. It is a true makom of learning and tefillah.

This still vibrant shul has a profusion of minyanim and shiurim. There are 2-3 weekday minyanim for Shacharis, one for Mincha, and two for Maariv. Attendance numbers in the hundreds and an average Shabbos sees 60-70 women in the ezras nashim. There is a 7am minyan for Shabbos, a 9am minyan with a chazzan, and a 9:15 minyan without. The 7am Shabbos minyan was started so that family members with a relative in nearby Maimonides Hospital could daven early and then go to the hospital or nearby nursing homes. It’s the earliest of its kind in the area.

In its heyday, when mainstream Orthodox Judaism was at its peak in Boro Park and Shomrei Emunah was the jewel, the shul saw 500-600 people on a typical Shabbos. My friend who recommended I visit told me that Rabbi Pollack was his mesader kedushin. He spoke affectionately of Shomrei Emunah smiling as he recalled the men wearing top hats as they sat in the seats of honor at the bima.

One sign of the vitality of Shomrei Emunah today can be seen in the success of its numerous daily shiurim. There are two daf yomi shiurim, one in English and one in Yiddish, classes on Talmud Yerushalmi, Mishnayos, and others given over in Hebrew, English, or both. The Avos Ubonim learning program draws approximately 150 participants on motzei Shabbos. Twice this year the shul was misayem Shas.

Back to my original question. The Rav shared that some years ago there was a regular shiur with about 15 men. One day, without forethought and not knowing why, he asked if there were any men who had given $100,000 to a worthy cause. Many hands went up. The Rav then asked if anyone had given $250,000 and a few hands went up. Rav Friedman said, “That’s my shul. Everyday working men, attending shiurim, and no one knew the generous amount of money each had given to tzedakah.”

Rav Friedman gives two shiurim a day, and is perhaps better known for his recordings on kolhalashon.com. The Rav gave me a USB drive with thousands of his lectures. Can you imagine, thousands of opportunities to learn!

Mr. Ellner, by the way, has a Master’s degree in mental health counseling. Outside of his shul responsibilities, he works with different modalities in the milieu of holistic healing. More depth, knowledge, and wisdom emerging from the great minds of Shomrei Emunah.

It must be all of the learning that contributes to the kedusha. Not just in the Beis Medrash or in Rav Friedman’s stories, it emanates from the walls themselves. There is a warmth to the smell of old leather seforim and the vintage ambience of a room long used studiously; it was a surreal and very special experience to have ruchnius transformed into tangible air. Rav Friedman said that he would like to refurbish the shul, that halacha requires a shul to be beautiful. Ahh, but the name Shomrei Emunah, Keepers of the Faith, so represents the beauty of this very special shul with a lot of stories… and what is more beautiful than a shul with kedusha. 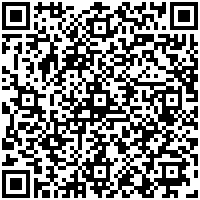