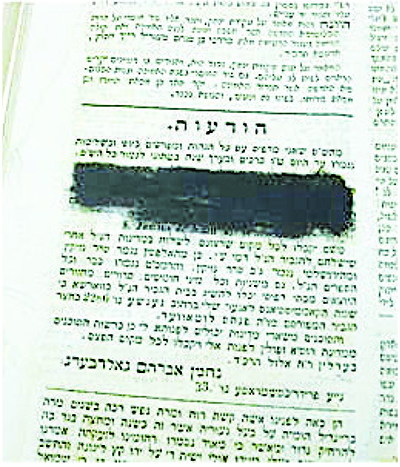 Censorship of Hebrew books in the 19th century was rather commonplace although the reasons for it varied greatly.

In an 1864 issue of the Hebrew newspaper Hamagid that I just acquired, I found part of an advertisement for a new Talmud censored; tar was placed over the words, completely obliterating the text.


The offending text states that this edition of the Talmud was approved by the censors of Russia and Poland. Apparently, it was offensive to the censors to approve a text that stated that they had approved another text, so they censored it.

Pictured here is the censored text and a scan from a copy that was not censored, showing the original text.

Hamagid was the first Hebrew-language weekly newspaper and appeared from 1856 to 1903. 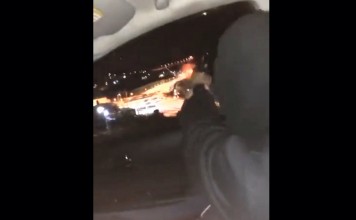 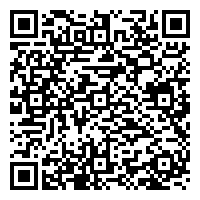