Beit Levinstein is a rehabilitation hospital in Ra’anana which sees its share of heartbreaking cases. As a friend recently commented, it’s a good place to get perspective. And then he told me the following story:

Two women who didn’t know each other previously were both patients at Beit Levinstein. They got to know each other and discovered that they each knew a famous religious Israeli singer. They each called their respective stars, Yisrael Parness and Achia Rubin, and together organized an evening of entertainment that raised the roof (or at least the morale) at the hospital. That uplifting concert, and the subsequent healing it provided, would never have taken place had these women not been hospitalized together.


The expression “miyagon l’simcha” usually signifies an averted tragedy, a respite or salvation coming in the blink of an eye. But it has another meaning as well: when joy comes as a result of sorrow – when sorrow was the required prerequisite for a certain joy to occur. Like in the above story.

When my friend Etana died last year at the age of 55, hundreds of people were devastated. She left behind 6 children, 5 children-in-law, a father, grandchildren, friends, colleagues, neighbors, students and a devoted husband who all mourned deeply.

But this Adar, her first yahrzeit was commemorated with the unveiling of a beautiful mikveh in Eliav, a mixed community in the South of Israel. Named Neharot Etana, it is one of the most beautiful mikvaos I have ever seen and the dedication was followed by a moving and uplifting evening. The mikveh was built through hundreds of donations from friends and family who rallied around the cause and worked hard to have it built on time for the yahrzeit. If you know how building schedules go in Israel, this is nothing short of a miracle. “And,” quipped Dr. Alan Friedman, Etana’s husband, “how many people have ever been to Eliav before?” This is a remote community in the Chevel Lachish part of the country; very few of us had ever been there. This afforded us the additional mitzvah of saying “baruch maytziv gvul almanah” – which can be said when seeing built-up Jewish homes like at the time of the second Temple.

Though the mikveh is the biggest link in the chain of mitzvahs adorning Etana’s legacy, it is not the only one. Alan told the following story: He had found in Etana’s purse a letter of thanks to one of their kids’ teachers which she had not had had a chance to mail. While trying to find the teacher’s address, Alan called a neighbor who apologized for not paying a shiva call as her husband had passed away at the same time. Alan then organized some financial help for the neighbors who were now without a breadwinner.

Space in this article does not allow for the not yet exhausted list of mitzvos and stories of inspiration that Etana’s too early parting has produced, but they do illustrate how a person can continue to positively contribute to this world even after he or she has moved on to the next one. What it also demonstrates is how joy, so often perceived as the opposite of sorrow, is more often the outcome of it.

It is the hallmark of the Jewish people to take tragedy and turn it into cause for celebration. Did modern-day Israel, so dear to Etana that she moved her entire extended family there, not rise from the ashes of the Holocaust?

The Soul of Israel: Grabbing Your Drums in the Month of Adar [audio]

No Joy in Yeshivaville: Ringling Brothers Strike their Tent after Passover 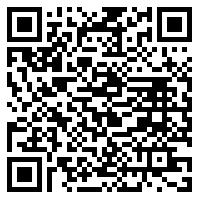