Israel is always progressing toward peace, but its attempts are not recognized by the Arab world. Where is the Palestinian offer? Is it a fair trade when Israel has to release hundreds of convicted felons just to be recognized? Israel needs to be more focused on protecting itself. Releasing prisoners is a futile gesture.
– Chava Reznick, student

It’s a useless act. Israel always seems to be taking the
first step to peace, but this is never matched or reciprocated by its neighbors. Maybe the Palestinians need to meet some conditions prior to Israel’s releasing prisoners. This doesn’t seem like an equal partnership for peace.
– Eric Moed, student

It really depends on who the prisoners are. If they are actual terrorists, they shouldn’t be released. What lesson does a criminal learn if he is prematurely discharged? I don’t know what else would work, though.
–
Bonnie Hodul, student

It’s a great symbol and makes a powerful statement about Israel’s integrity. The idea itself is risky but good. Hopefully it will have a ripple effect for peace.
– Rachel Schuster, student
Advertisement 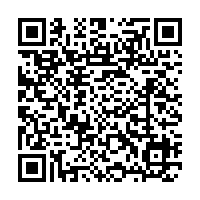