It’s imperative that I boost my popularity now that we are down to the nitty-gritty of the campaign. I will emulate the character of Alvin from that lovable cartoon group Alvin and the Chipmunks. I think I already have his facial features down pat, especially when I smile and laugh.

I will be the famous television preacher Joel Osteen, since like him I am a devout Christian. This costume isn’t much of a stretch of the imagination since I love the Christian religion. I will wear a “blinged”-out cross around my neck and carry my favorite copy of the King James Bible, which is also diamond encrusted since in our family we honor and celebrate our religion every day. Just ask my longtime pastor, Jeremiah Wright. Hallelujah, praise the Lord!

I will dress up as an upper-class elegant woman. I am so mortified after this election that I need to escape for a while and go into hiding. You know, during and after 9/11 many New Yorkers told me I have such compassionate eyes, so why not accentuate them with some mascara? Even during 9/11, while I was deeply involved with repairing the city, I always made sure my shoes matched my suit. So now this Purim I’m taking it to the next level. Did I mention 9/11?

They say leprechauns are fictional characters but I will, by donning their traditional neon green suit and buckle shoes, finally prove to the uneducated Western world that they do exist. We in Iran know full well that leprechauns do exist; they are our allies who jointly work with us to “catch me lucky charms” – which is code for taking over the whole world. Certain things in life are make-believe – women’s rights, free speech, a fantasyland called Israel – but leprechauns are all too real. 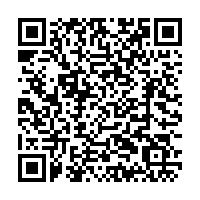